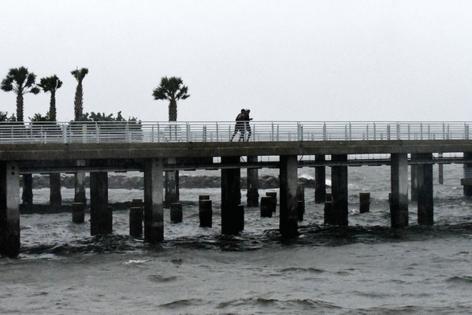 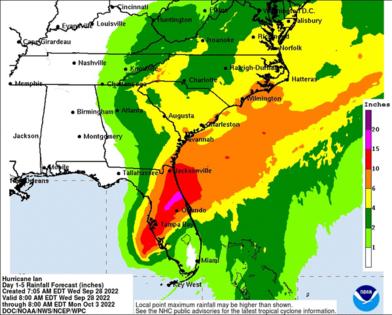 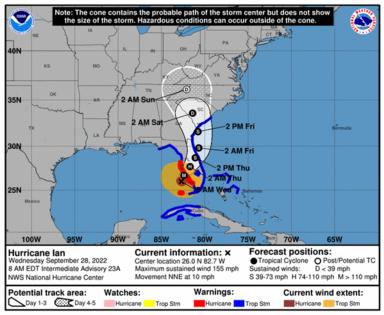 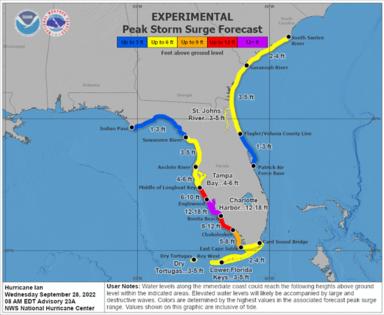 MIAMI — Hurricane Ian, with landfall still hours away, was already “causing catastrophic storm surge, winds and flooding” in southwest Florida early Wednesday afternoon, the beginning of what promised to be a damaging path across the peninsula.

In a 2 p.m. update, the National Hurricane Center said the massive Category 4 storm was already taking a heavy toll on the southwest Gulf Coast coast. The most immediate and life-threatening concern was storm surge — the waters of the Gulf of Mexico pushed inland by Ian.

Ian was also raking much of Florida with hurricane- and tropical storm-force winds and will be dropping flooding rains estimated at up to 2 feet as it slowly crosses the state today and through Thursday.

Ian was a massive storm and by Wednesday morning, its outer bands were already battering Southwest Florida with gusts up to 112 mph as its eyewall battered Sanibel and Captiva Islands. South Florida saw tornadoes overnight that flipped small airplanes and took down big trees, and Key West recorded one of its highest ever storm surge levels overnight. Sea water still remained in many neighborhoods, including on sections of famed Duval Street and inside homes.

Gov. Ron DeSantis said Wednesday afternoon that more than 200,000 people had already lost power, which he called a “drop in the bucket for what’s going to happen over the next 24 hours.”

DeSantis urged those that chose not to evacuate to fill out a form on the state’s website so first responders can find them. The governor asked the federal government for extra airlift hoists and high water vehicles to help with the massive recovery effort expected.

“This is going to be a storm we talk about for many years to come,” he said.