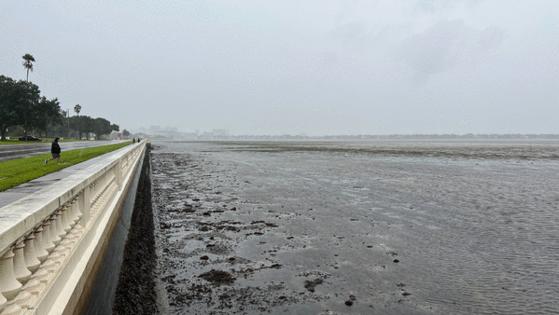 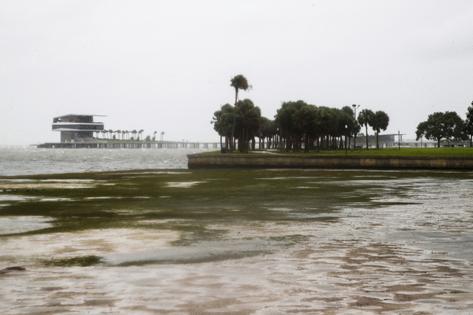 TAMPA, Fla. — A rare phenomenon caused by Hurricane Ian sucked water away from the shore of Tampa Bay Wednesday morning, another symptom of the impending storm.

Around 8 a.m., the tide was beginning to recede from Tampa Bay. The phenomenon is called a “reverse storm surge,” and it’s when storm winds push water out of the bay, according to Nicole Carlisle, a meteorologist with the National Weather Service in Tampa Bay.

Spectrum Bay News 9 Meteorologist Mike Clay tweeted around 8:30 a.m. that water in Madeira Beach was being pushed away from shore, with two hours still to go before low tide.

Water near Tampa’s Mckay Bay was 3 feet below expected levels during low tide as of 10:30 a.m., according to preliminary data from the National Oceanic and Atmospheric Administration. Water from the gulf beaches have also pulled back this morning but are starting to rise again, data tracking from Clearwater Beach shows.

Carlisle said the negative tide will likely continue over the next couple of hours. Later on Wednesday, the Tampa Bay area could see the water rushing back, as forecasters are still predicting 4 to 6 feet of storm surge.

The same rare phenomenon happened in 2017, when experts said the negative surge caused by Hurricane Irma was one of the biggest ever.

The force of the storm and winds blowing counterclockwise pulled the water near Bayshore Boulevard during an extremely low tide, emptying the bay as onlookers walked out curiously onto the shores (which officials warn is extremely dangerous to do).

Irma’s eye weakened significantly before easterly winds hit Tampa Bay that would have caused a “blowout” — when pressure builds up and water rushes back in — having only a 2-foot surge.

Carlisle reminded residents of Tampa Bay to not walk out into the bay, as waters will come back.

The Florida Division of Emergency Management echoed the warning around 9:30 a.m. The water will return through a storm surge, the department said, and it will be life-threatening.