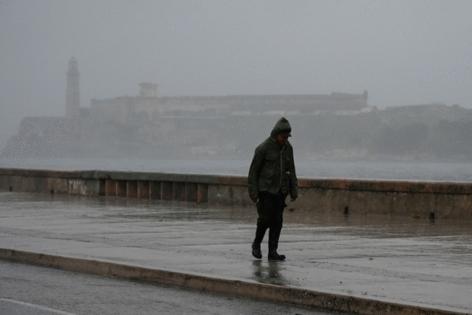 Reuters reported Tuesday evening that the entire island was without power as the storm moved on from the Caribbean and headed toward southwest Florida.

The entire island being without power is a new development in the devastation wrought by Hurricane Ian. Earlier in the day, news reports said 1 million of the nation’s 11 million residents didn’t have electricity.

Lázaro Guerra, Technical Director of the Electric Union of Cuba, said the utility would work through the night to restore power, according to Reuters.

“Ian has done away with what little we had left,” one resident told Reuters.

Many parts of western Cuba were battered by Ian.

Houses were destroyed, trees and power lines toppled and residents were left in waist-deep water.

“Desolation and destruction, we lived hours of terror; nothing is left here,” said the father of state journalist Lazaro Manuel Alonso who lives in Pinar del Río, according to Alonso’s post on Facebook.