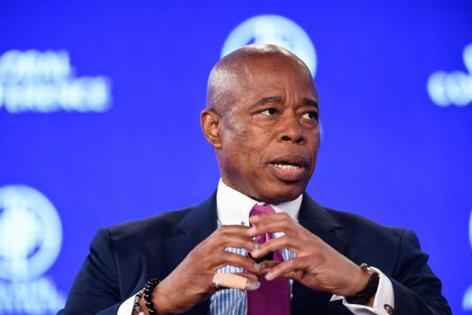 That was the sentiment on social media around Kansas on Tuesday after New York City Mayor Eric Adams blasted the state seemingly out of nowhere, and New York Times bureau chief Emma Fitzsimmons tweeted about it.

Adams said that “Kansas doesn’t have a brand,” while talking about a recent international trip when people in the places he visited knew about New York.

The mayor — who previously and notoriously told people who moved to Brooklyn to, “Go back to Iowa!” while talking about gentrification in the city — is apparently also critical of those who stay and dare to take pride in a Midwestern state.

“We have a brand. And when people see it, it means something,” Adams said of New York. “Kansas doesn’t have a brand. When you go there, OK, you’re from Kansas. But New York has a brand.”

Online, Kansans bit back, because if there’s one thing we love to do in the Midwest, it’s defending the Midwest.

Even Kansas politicians got in on the fun.

Kelly was born in New York City, but settled in Kansas as an adult and raised her children in the state she now governs. She touted the state’s natural beauty and recent economic wins.

“Kansas is the best state in America and I welcome anyone to come enjoy the natural beauty of the rolling Flint Hills, our farms and ranches that feed the world, business and family-friendly policies, and our rich history of fighting for freedom,” Kelly, the Democratic incumbent, said in a statement.