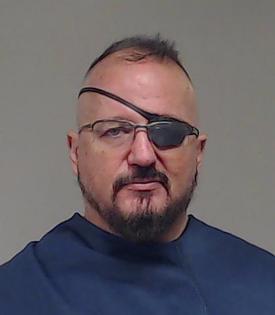 WASHINGTON — Stewart Rhodes never went into the U.S. Capitol building with other protesters on Jan. 6, but he is among a group of people facing the most serious charges to emerge from that day in 2021: seditious conspiracy.

Prosecutors and defense attorneys agree that Rhodes wasn’t among the people who broke windows, attacked Capitol police and stole property from the meeting halls of Congress. But the Yale Law School graduate and founder of the Oath Keepers extremist group called for a “massively bloody revolution” ahead of the protest, according to the government.

The U.S. government will seek to cast Rhodes as ringleader in a plot to keep Joe Biden from his lawful election as president. Prosecutors allege Rhodes led a conspiracy that started with calls for Oath Keepers to reject the election outcome, stoked ideas of “a civil war,” and ended with members of the far-right group breaching the building and engaging in acts of harm to property.

Jury selection started Tuesday after the judge rejected a defense request for a change of venue. The trial is expected to last as long as five weeks.

Defendants say there was no such conspiracy. They plan to argue that they were in Washington to provide security for authorized events and that their actions were in preparation for former President Donald Trump to invoke a law to call in armed forces.

The Justice Department’s investigation into the Capitol attack is considered its most sweeping in history, having netted more than 870 arrests before more recently extending into Trump’s inner circle with dozens of subpoenas. So far, few people have been charged with seditious conspiracy — which effectively alleges a plot against the U.S. government and carries with it a maximum prison sentence of 20 years. In addition to Rhodes, only eight other Oath Keepers as well as members of another far-right group, the Proud Boys, face prosecution on the charge.

The stakes are high on both sides. While defendants may face the rest of their lives in prison if convicted, any acquittals would be a setback in the government’s efforts to hold people accountable for Jan. 6.

The trial will be a test case for a rarely used charge. Prosecutors plan to use electronic communications and video to convince a jury that defendants intended to stop the lawful transfer of power through their words and actions, including coordination of travel, transporting firearms to the outskirts of Washington and entering the Capitol.

Rhodes has sought to delay the trial and separate himself from the other defendants. In a filing, one of his lawyers claimed that Oath Keepers who entered the Capitol went “off mission.”