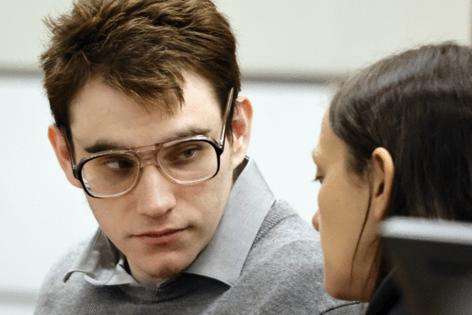 Assistant State Attorneys Mike Satz, Jeff Marcus and Carolyn McCann are preparing to introduce testimony in the words of the defendant himself, which included detailed descriptions of the time he spent before, during and after the mass shooting.

It includes an unproven assertion that two victims were conscious and alert in their final moments as they waited for Nikolas Cruz to reach them and open fire.

The behavior of Cruz is better explained by antisocial personality disorder than by anything his mother consumed while she was pregnant with him, prosecutors say.

In the defense case, which wrapped up on Sept. 14, attorneys and witnesses pointed to fetal alcohol spectrum disorder to account for the defendant’s lessened ability to control himself when he tore through the Parkland high school with an AR-15-style rifle. Defense lawyers want jurors to consider the physical ailment as a mitigating factor to argue against the death penalty, though they concede Cruz was not insane and deserves life in prison for the 17 murders.

Prosecutors said the evidence does not support even that limited plea for mercy. A defense expert testified that people who suffer from fetal alcohol spectrum disorder lack the brain’s “executive function” required to make complex decisions and carry out detailed plans.

Cruz exhibited both abilities, the prosecutors argued, and shared them with mental health experts who interviewed him on behalf of the prosecution. In those recorded interviews, Cruz explained his actions before, during and after his rampage. He told an Uber driver that he was carrying musical instruments in his bag so that she wouldn’t know it was a rifle. He shot students Meadow Pollack and Cara Loughran because they “gave him a dirty look,” Satz said, citing one video.

The victims’ faces are not visible on surveillance footage of Pollack and Loughran’s final moments, which the jury has already seen. Any discussion from Cruz would be the first public indication that they knew as Cruz walked toward them that they were about to die. There was no discussion in court whether the assertion reflects what really happened.

Lead defense lawyer Melisa McNeill argued against allowing jurors to hear the new testimony. Prosecutors are supposed to use their rebuttal case to contradict or minimize the defense presentation, she said, but the statements by Cruz could be seen as a way to bolster the state’s argument that the murders were “heinous, atrocious and cruel” as well as “cold, calculated and premeditated,” aggravating factors that prosecutors use to argue for the death penalty.

The state is supposed to be done presenting aggravating factors. Prosecutors argued that the testimony addresses issues raised by the defense, including the defendant’s inability to plan, poor concentration and expressions of remorse.

Broward Circuit Judge Elizabeth Scherer ruled the video evidence can be shown to the jury.

Cruz, 24, has confessed to killing 17 people and wounding 17 others in Parkland in a Valentine’s Day massacre.

The defendant faces the death penalty for each of the 17 murders he committed. Defense lawyers sought to convince jurors he was in a lifelong battle for control of his own behavior, and they will challenge likely prosecution efforts to downplay his mental health history.

A jury’s unanimous vote is required to sentence Cruz to death; otherwise he will be sentenced to life in prison.

The courts will be closed Wednesday and Thursday due to Hurricane Ian, delaying the prosecution’s rebuttal. For now, closing arguments are scheduled for the week of Oct. 10.