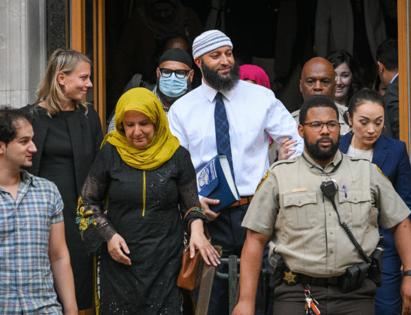 Twenty-two years later, the results of new DNA analysis on evidence collected in the 1999 homicide could be the last bit of information Baltimore State’s Attorney Marilyn Mosby needs to drop Syed’s charges.

While a Baltimore judge overturned Syed’s conviction Sept. 19 at the request of Mosby’s prosecutors, Syed remains charged with murder in the death of his Woodlawn High School classmate. Mosby’s office has 30 days to decide whether to bring him back to trial or to dismiss his case.

On the courthouse steps and again in a TV interview the next day, Mosby said she’s waiting on a last round of DNA results to make the call.

“If it comes back to Adnan Syed,” Mosby continued, “the state is still in a position to proceed upon a prosecution.”

DNA tests conducted in 1999, 2018 and again in March have yielded inconclusive results, and experts interviewed by The Baltimore Sun said they don’t anticipate the last-ditch analysis to produce different results.

“Would it surprise me to get something inconclusive or absolutely nothing or something very similar to what we’ve seen already? No, it would not surprise me in the least,” said Maneka Sinha, an associate professor at the University of Maryland Francis King Carey School of Law with an expertise in forensic sciences.

If that’s the case, Syed, 41, could be in line for an exoneration and eligible for state compensation for those who are wrongfully convicted. When he walked out of the courthouse on Sept. 19, it was the first time he was free from incarceration for 23 years.

Mosby did not respond to a request for comment and Syed’s defense attorney, Erica Suter, declined to comment.