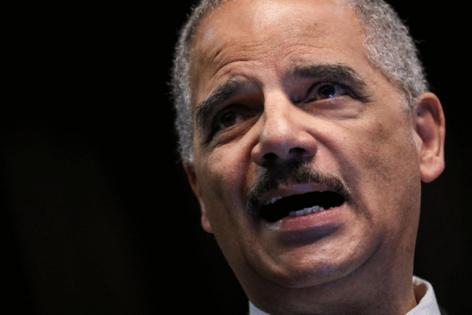 RALEIGH, N.C. — A North Carolina lawsuit at the U.S. Supreme Court could undermine democracy as we know it, by allowing state legislators to override popular opinion in elections for Congress and possibly even the presidency, former U.S. Attorney General Eric Holder told reporters.

“That potential result, I think, should keep every American up at night,” Holder said in a Q&A session last week.

The main focus is on gerrymandering. If North Carolina lawmakers win the case, states would have free rein to draw congressional district maps that artificially inflate the power of whichever political party controls the state legislature.

Many states, both blue and red, have done that for decades. But in recent years a growing number of state supreme courts — including North Carolina’s, earlier this year — have started cracking down on partisan gerrymandering.

This case seeks to put a stop to that, by asking the U.S. Supreme Court to ban state courts from ruling on anything related to federal elections. In addition to gerrymandering, that could also affect issues like voter ID, felon voting rights or the rules for early voting, mail-in voting and more.

The Supreme Court has shot down similar arguments multiple times, in cases dating back over a century. However, earlier this summer the court’s most conservative justices agreed they should take another look at it. The court will likely hear the arguments later this year, and then issue a ruling next year, in time for the 2024 elections.

The case may go beyond gerrymandering too.

Some are concerned the Supreme Court could hand so much unchecked power to state legislatures that they’d even be able to override their state’s popular vote in presidential elections — and hand their Electoral College votes to whoever the legislature wants to win, regardless of who the people voted for.

“The stakes are higher now than they were even three, four years ago, given the number of election deniers who are running for state legislative seats, secretaries of state, governors,” said Holder, a Democrat who led the U.S. Department of Justice during Barack Obama’s presidency.

Legislative leaders, however, deny that they’d get the final say over who gets North Carolina’s votes in future presidential races, even if they do win this case.