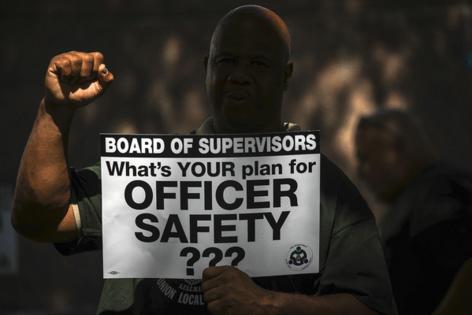 L.A. County sheriff’s deputies found the victim, identified only as a Black woman in her 50s, suffering from blunt force trauma inside a home in the 45500 block of Barrymore Avenue in Lancaster at 12:05 a.m. Sunday, according to a news release issued by the sheriff’s department.

Deputies were responding to a home invasion call, the release said. The woman was pronounced dead at the scene. Sheriff’s deputies arrested a man found at the home, but did not identify him or provide additional information.

The union representing deputy probation officers confirmed in a Facebook post that the victim was a probation officer. She was described as a veteran officer assigned to Barry J. Nidorf juvenile hall in Sylmar, according to a law enforcement official with knowledge of the case.

The official, who spoke on the condition of anonymity to discuss the case candidly, said the victim had just come home from work when the attack happened.

Spokespersons for the sheriff’s and probation departments did not immediately respond to a request for additional comment.