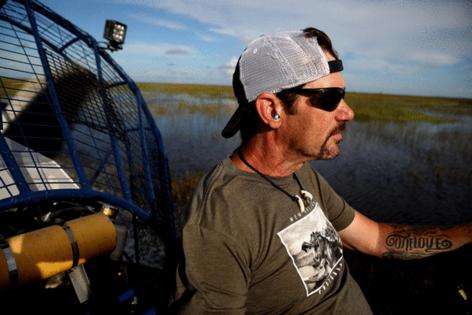 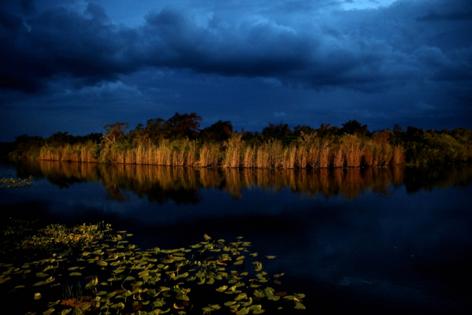 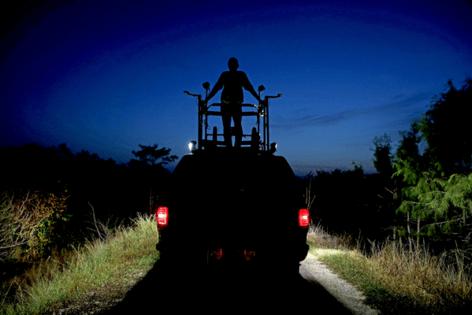 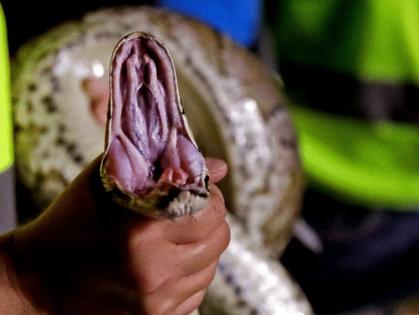 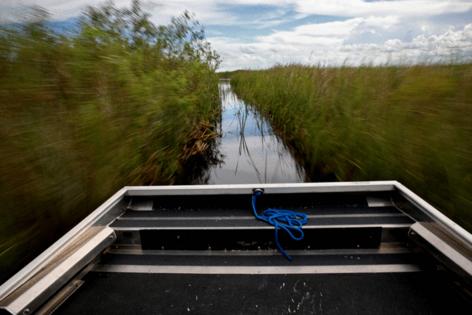 KENDALL, Fla. — Donna Kalil loves snakes. She's been fascinated by them since she was a kid living in the mountains of Venezuela's capital in the 1960s, where her father was stationed as an Air Force pilot.

"We'd play 'I-spy,' and we'd use the snakes, birds and other animals that lived in the jungle," she said. "I developed a really sharp eye."

Now she kills them.

Not all snakes. Just Burmese pythons. They've become a scourge in the Everglades of South Florida since one was first spotted in the 1970s — ferocious, fecund and indiscriminate in their feeding behavior.

Studies indicate pythons have annihilated the Everglades' mammal population, with some species — such as marsh rabbits and foxes — entirely gone. They also go after amphibians, reptiles and wading birds, including some beloved and endangered species, such as the wood stork.

They'll even attack and eat the region's top predators — alligators and crocodiles — when they can stomach them.

In 2005, the National Park Service released a series of photos showing a gator that had busted out of the stomach of a dead 13-foot python. The images went viral, and inspired many of the hunters now making a career of culling pythons.

Kalil, 60, is one. Seeing a python eat the region's apex predator was too much, she said, prompting her to transition from real estate agent to professional serpent killer.

"They were eating everything. They were destroying this beautiful, wonderful place," she said, referring to the Everglades, the nation's only subtropical wilderness and one of its most degraded ecosystems.

Over many decades, farmers, engineers and developers ditched and drained much of the 4,000 square miles of the Everglades, with conservation only taking hold after it became a national park in 1947. As suburbs mushroomed nearby, humans introduced an array of exotic species — including Argentine tegus, giant African land snails and green iguanas — into the park's marshes, hardwood hammocks and other habitats. Now these invasive species threaten to overwhelm efforts to restore the Everglades, with none more voracious than Burmese pythons.