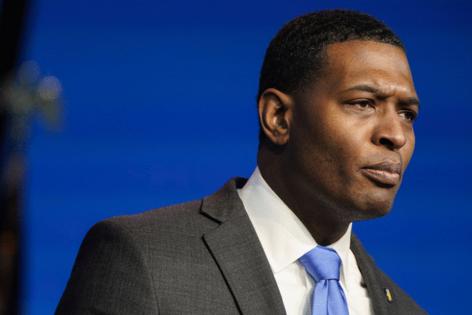 Regan, eager to share the news, previewed the announcement on Thursday as he helped host a group of North Carolina state lawmakers, mayors and other guests at the White House. He will formally announce the program Saturday in North Carolina.

Regan said the EPA is launching a national program that reorganizes 200 employees to focus on environmental justice and civil rights. He added that the new program would be led by a Senate-confirmed individual nominated by President Joe Biden, and would be on equal footing to the air, water and land offices.

“It will be the conduit with over $3 billion to ensure that communities that need these resources finally get their fair share,” Regan said. “So we have a great deal to celebrate, and by the way, that will be done in Warren County to really tap off where the environmental justice movement began.”

The room erupted in applause.

Regan’s announcement comes 40 years after state lawmakers chose North Carolina's Warren County as the site of a toxic waste landfill, sparking a protest and a national movement for environmental justice.

In September 1982, more than 500 diverse protesters gathered together to fight against state leaders’ decision to put a landfill in Warren County that would hold soil contaminated with polychlorinated biphenyls from toxins illegally dumped along roadways, the U.S. Department of Energy website says. Polychlorinated biphenyls are known to cause cancer.

Warren County was predominately Black and low-income, and its residents felt that both demographics made them targets for the landfill. The protests led to studies that found both income status and race were key indicators for where toxic-waste sites were located across the South.

Sorokin, 31, was arrested by Immigration and Customs ...Read More

LOS ANGELES — A Compton man pleaded no contest last month to theft and assault charges in connection with a 2020 attack on a group of transgender women along the Hollywood Walk of Fame that sparked outrage in the city's ...Read More