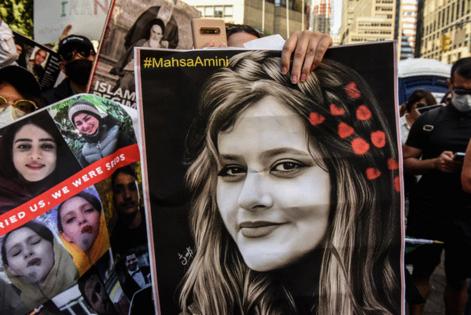 TEHRAN, Iran — The death last week of 22-year-old Mahsa Amini, after Iran’s notorious morality police arrested her because they thought she was not dressed conservatively enough, sparked one of the most intense waves of popular anger the country has seen in years, as well as a deluge of condemnation from abroad.

For a week now, protesters, most of them young women and men, have taken to the streets in dozens of Iranian cities. The scale of the demonstrations has astonished authorities, who have responded with guns, beatings and telecommunications shutdowns in a fruitless attempt to quell the unrest. State television put the death toll at 17, including two security officers. One rights group says the total number of people killed could be at least twice that.

What will the protests mean for the country’s hard-line government? And how does it compare to previous bouts of unrest?

Here’s a look at a volatile situation that some fear will produce more bloodshed in the coming days.

Why did this death trigger such anger?

Amini, a Kurdish woman from the northwestern city of Saqez, was visiting Tehran on Sept. 13 when she was detained by the morality police (the Gasht-e Ershad, or guidance patrols), who said she was wearing tight trousers and didn’t have her headscarf on properly, in violation of a law that mandates women wear a hijab and loose-fitting clothes so as to disguise their figures in public.

Activists said she was beaten with a baton on her head and suffered other injuries that were serious enough to put her in a coma. Three days later she was dead. Authorities deny beating Amini, and insisted in a statement that the cause of death was sudden heart failure, possibly from preexisting conditions.

“They are lying,” said Amjad Amini, the young woman’s father, told BBC Persian on Thursday. “She has not been to any hospital at all in the past 22 years, other than for a few cold-related sicknesses.”

He added that his son had witnessed his sister being beaten in the van and police station and was himself roughed up by officers.

Many Iranian women have long called for the abolition of the so-called hijab laws, but Amini’s death struck a chord in ways that few events have — perhaps because she was young, modest and an out-of-towner visiting the capital. Whatever the reason, they responded to news of her death by staging demonstrations, cutting off their hair, burning their hijabs and shouting, “Death to the dictator!” in a direct broadside against Iran’s Supreme Leader Ayatollah Ali Khamenei.