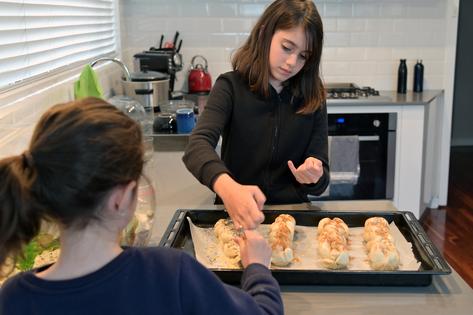 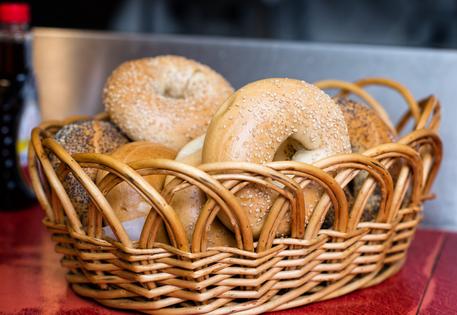 The end of August inaugurated the Hebrew month of Elul, when Jews all over the world start getting ready for the High Holidays: the Jewish New Year of Rosh Hashana followed 10 days later by the Day of Atonement, Yom Kippur.

Rabbis are polishing their sermons for one of the few times they can be confident of a large congregation ready to hear what they have to say. Cantors, who lead congregants in worship, are practicing the special nusach, melodies used during the High Holidays for prayers. Choir leaders meet with their group members to rehearse hymns and other songs. And those who cook are thinking about the meals they will serve.

Although Yom Kippur is a day of fasting, it is preceded by a large dinner and concludes with a meal to break the fast. Rosh Hashana, by contrast, summons up many meals. A large, multicourse feast opens the first evening, to be followed by another full dinner midday on the first day of the holiday and then a third substantial meal for the second day of the holiday. These feasts traditionally include fish, soup, meat, vegetables, fruit, bread, wine and, of course, a sweet dessert.

The wish for a sweet year gets expressed in food. Honey is a key ingredient. So are apples, since they are plentiful in this season.

As a historian of American Jews, I have been fascinated by the changing character of what are considered “Jewish” foods as expressed in cookbooks. These recipes have shaped the foods that American Jews have eaten, guiding what scholars call “vernacular religion,” or religion as it is lived.

Jewish American cookbooks across the 20th century have influenced the shifting tastes of American Jews’ vernacular religion, even as they have often reflected those tastes.

Judaism possesses an elaborate system that determines what food observant Jews can eat and which ones can be eaten together. Following these guidelines is called “keeping kosher”: either something is kosher and can be eaten or it is not.

In the United States, the growth of industrial food production for profit stimulated a wide array of products that could receive a symbol that labeled them as kosher. These range from the Orthodox Union’s OU symbol to a simple K to symbols that have a male rabbi’s name attached to them indicating his approval of the product. These multiple branding systems mean that Jews encounter a supermarket of Jewish choices, allowing each individual to decide just what products to buy.

Some people buy only products labeled “glatt kosher,” a reference that originally referred to meat and the inspection of an animal’s lungs. In the U.S., Jews expanded the definition to emphasize a stringency that labeled only some foods sufficiently kosher to be eaten. Other people adopt a wide range of individual options.

Some reflect the prosperity of American Jews, such as having two sets of dishes, silverware and pots – one for meat and the other for dairy. Other variations register Jewish desires to enjoy “eating out” and tasting tref, or nonkosher, combinations.