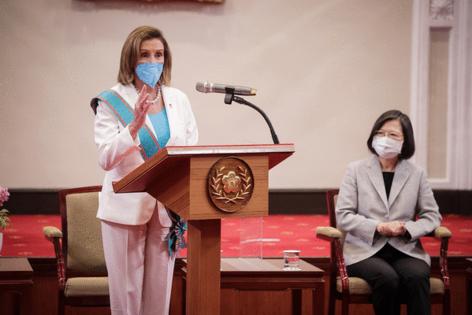 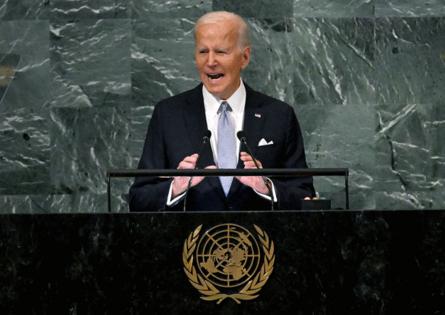 TAIPEI, Taiwan — At the heart of the debate between Taiwanese and U.S. policymakers over how best to avert a feared attack by China in the coming years is a question over whether certain diplomatic or military actions the U.S. could take might backfire, with Beijing deciding to speed its timetable for an invasion.

Any such moves would be intended to shore up the fragile status quo along the Taiwan Strait. But stakeholders on both sides of the debate in Taipei and Washington are struggling over how best to safeguard Taiwan’s status as a vibrant democracy. Over a dozen Taiwanese analysts, retired senior military officers, and lawmakers that CQ Roll Call spoke with here over the last month acknowledged an uncertain — and potentially volatile — strategic calculus.

“It is really delicate and sometimes ambiguous,” said Christina Lai, an assistant research fellow at the Institute of Political Science Academia Sinica, about trying to predict how Beijing might respond to various actions the U.S. could take to try bolstering Taiwan without sparking an escalation.

Likewise, U.S. senators are struggling along their own delicate tightrope in trying to find the right balance in a major bipartisan Taiwan policy bill this year. The Senate Foreign Relations Committee last week, with bipartisan support, advanced that measure to the floor, as amended, with backers saying they are optimistic it would significantly aid in re-stabilizing Taiwan-China relations after years of efforts by Beijing to isolate and weaken the self-governing island.

But skeptics warn the bill’s intentions to move the U.S. into the diplomatic and security vacuum that China is trying to create around Taiwan risk a full-fledged war. Such a conflict would be between two nuclear powers, which would serve no side’s interests, least of all the 23 million Taiwanese who could wind up trapped on the island with nowhere to flee.

“We are doing something that is highly provocative and bellicose,” said Sen. Mitt Romney, R-Utah, at last week’s Senate Foreign Relations markup of the Taiwan measure. “I hope it does not make China say, ‘Well, gosh, Taiwan is going to get stronger. Maybe we ought to move now than later.’”

Romney voted in favor of the bill, saying he would have liked to see its provisions passed in a more under-the-radar manner, such as through Congress’ annual defense policy bill, which because of its typically massive size offers more opportunities for lawmakers to tuck provisions inside without attracting significant opposition or media attention.

The legislation would authorize $6.5 billion in U.S. taxpayer assistance for Taiwan’s military, plus $2 billion more in loan guarantees to buy U.S. weapons. There is no guarantee Taipei will see all of that money but the fiscal 2023 authorization level of $250 million is likely achievable, according to Sen. Chris Coons, D-Del., the lead Senate appropriator for foreign aid programs.

The bill would require the establishment of a comprehensive training program with Taiwan’s military that increases interoperability with the U.S. military, and it recommends the training include contingency tabletop exercises and full-scale military exercises. And it would permit the Pentagon to establish a stockpile of reserve U.S. munitions inside Taiwan that could be used in an emergency.

Notably, it wasn’t the bill’s many significant provisions aimed at improving Taiwan’s military capabilities that sparked the most controversy among committee members, nor with the White House, nor even with experts in Taipei.

Rather, it was provisions related to things seemingly non-threatening. That list included what the official name should be of Taiwan’s de facto embassy in Washington.

“It’s escalatory because it is directly challenging the foundational understanding that has allowed U.S.-China bilateral relations to normalize,” said Amanda Hsiao, a senior China analyst based in Taipei with the International Crisis Group. “If not crossing that line, it’s coming up real close to making the U.S.-Taiwan relationship official in all but name and that is extremely threatening to Beijing.”

That’s because, according to those who focus on internal Chinese political dynamics, U.S.-Taiwan discussions around things like a speedier weapons acquisition timetable tend to be very bureaucratic. So they receive little mainstream press coverage and can fly under the public’s radar. That’s not the case with symbolic gestures like including senior Taiwanese officials in multilateral meetings with their regional counterparts.

Diplomatic actions that effectively treat Taiwan as a sovereign country are easily understood and receive more press and public attention. And so it becomes difficult for Beijing to maintain its propaganda narrative around Taiwan — that unification with the island under Chinese rule is inevitable. That’s what China’s increasingly nationalistic domestic audience is used to hearing and it reacts angrily when that narrative is challenged, such as with Pelosi’s visit.

An original bill provision to require the renaming of the unwieldy Taipei Economic and Cultural Representative Office to the somewhat more standard “Taiwan Representative Office” was diluted in negotiations to a mere recommendation. Also stripped out was a requirement the senior U.S. diplomat in Taipei have a title change from “director of the American Institute in Taiwan” to “U.S. representative.”

“I think that things like changing the name of the office is not substantively helping Taiwan to shore up its defenses or substantively raising the costs of an invasion for China, it’s not going to deter China,” Hsiao said. “But it’s forcing them to respond because that’s the kind of stuff that they feel publicly that they just have to retaliate.”

But kept in the bill were other diplomatic engagement provisions that — while not extending official diplomatic recognition to Taiwan — would cumulatively result in the Taiwanese government being treated more like the approximately 190 other countries with which the U.S. has formal diplomatic relations.

Among those provisions were a requirement for the State Department to end any administrative restrictions on Taiwanese officials in the U.S. flying the Taiwanese flag and the establishment of a new U.S. policy that Taiwanese counterparts are to be invited to participate in high-level bilateral and multilateral summits, military exercises and economic dialogues.

“The parts that give me heartburn are the civil sovereignty and the question of whether or not we are getting anything out of some of these more provocative statutory changes that, in my judgment, may irritate the Chinese and accelerate their preparation for military action,” said Sen. Brian Schatz, D-Hawaii, at the markup. He was among five committee members to vote against the bill.

Meanwhile, it appears the debate around whether Washington should maintain its policy of “strategic ambiguity” with regard to how the U.S. would respond to a military conflict between China and Taiwan could be reaching its messy terminus.

In an interview with CBS that aired Sunday, President Joe Biden gave his most unequivocal answer to date that the U.S. military will respond with force if China launches an “unprecedented attack” on Taiwan. When asked by a “60 Minutes” interviewer whether that meant “U.S. forces, U.S. men and women would defend Taiwan in the event of a Chinese invasion,” Biden responded, “Yes.”

White House officials like chief National Security Council spokesman John Kirby have tried to walk back the president’s statement by saying he was answering a “hypothetical question about the defense of Taiwan” and that no formal change in U.S. policy had been made.

Still, the writing on the wall is becoming increasingly clear. That’s both as a result of Biden’s repeated statements on the matter but also, and perhaps more consequentially for the long term, because of the clear bipartisan direction Congress is taking with bills like the Taiwan Policy Act.

“My argument is that we need strategic clarity but tactical ambiguity,” said Lo Chi-cheng, a lawmaker with the governing Democratic Progressive Party, who sits on the Taiwanese parliament’s Foreign and National Defense Committee. “Meaning, if China decides to take military action against Taiwan, the U.S. would definitely react. That’s strategic clarity. But how it will react: military reaction, economic or whatever, that’s unknown.”

Because the signals from the U.S. across multiple administrations have been increasingly pro-Taiwan and anti-China, it doesn’t really matter if the U.S. government continues to officially cling to its policy of “strategic ambiguity,” argued Chieh Chung, a defense analyst with the National Policy Foundation, a think tank aligned with the opposition Kuomintang party.

“The PLA (Chinese military) already thinks the U.S. will intervene anyway, so it doesn’t matter, ambiguity or not, they are already planning and preparing for it,” he said. “The only difference between ambiguity or not is about the politics. If the U.S. officials stopped the ambiguity, it would make the (Chinese Communist Party) speed up the timeline for an invasion.”

What’s more, the Chinese government believes the U.S. is in a state of irreversible political and economic decline. Though China’s rise as a world power is still on an upward trajectory, it hasn’t yet reached military parity with the U.S. she said.

“Beijing can still afford strategic patience, wait for this distribution of power to tip decisively toward its favor,” she said. “In the coming future, if Washington has come to the realization that the cost of defending Taiwan is definitely too high then maybe the Taiwanese government will realize that Washington will no longer have this appetite or willingness to come defend Taiwan and then the Taiwanese government will pragmatically negotiate with Beijing.”

It remains unclear what Beijing’s short- and long-term response will be to any formal promise of a U.S. military retaliation.

But one possible outcome in the short term for U.S.-Taiwan defense discussions is that it could make it easier for U.S. policymakers to convince Taiwan’s military to accept a shift in strategy toward focusing on preparing for a possible Chinese attack as opposed to deterring one through conventional but expensive large weapons platforms like fighter jets and submarines.

A core U.S.-Taiwan defense debate taking place now is whether Taiwan should move away from conventional deterrence, which relies mostly on missiles that can strike mainland China, and instead focus its limited time and resources on implementing a more asymmetrical defense strategy for the island, as many U.S. officials have been urging.

Key to many Taiwanese experts involved in the debate is whether the U.S. is willing to provide conventional deterrence capabilities that Taiwan would essentially stop pursuing if it is to focus on a strategy of turning Taiwan into a “porcupine.” After all, it’s hard to maintain a policy of “strategic ambiguity” if the U.S. Navy is conducting more freedom-of-navigation exercises through the strait or if the U.S. Air Force flies regular patterns over the area.

“There is an inherent contradiction regarding asymmetrical defense and strategic ambiguity,” said Lai I-chung, president of the Taiwanese Prospect Foundation think tank, noting he was speaking in a personal capacity. “We just cannot operate with both, one of them has to go.”

(Annabelle Chih, a local journalist, contributed to this report. Reporting for this article, the third in a series, was made possible by a grant from the Pulitzer Center on Crisis Reporting.)