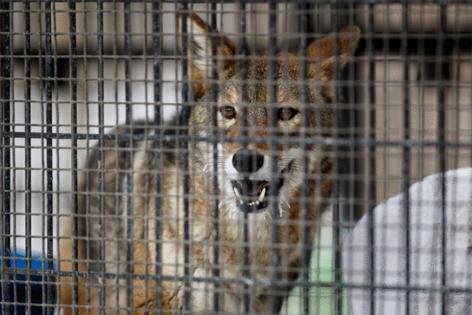 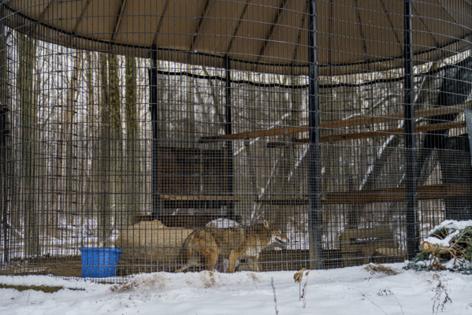 The British stand-up joined the international animal rights group In Defense of Animals in calling for Rocky the coyote to be moved from its “inhumane” captivity in River Trail Nature Center in Northbrook to The Wild Animal Sanctuary in Colorado.

“I stand with In Defense of Animals and demand Rocky be surrendered to an accredited sanctuary where he will be able to thrive for the rest of his life,” Gervais said in a news release from the group.

The Forest Preserve District of Cook County has no plans to do so. Instead, after conducting a review of its animal captivity program, district officials announced last month that they would build a bigger, more naturalistic enclosure for the coyote this year.

The animal was mistaken for a dog when it was a puppy and initially raised in a shelter in Tennessee. A rehabilitator concluded the coyote had been imprinted on humans, meaning that it had become so accustomed to being cared for that it couldn’t survive in the wild.

The coyote was transferred to a forest preserve cage measuring about 10 feet by 22 feet, where it has remained for four years.

Critics objected that the animal sometimes paces continuously, bites its paws and scratches, and was given medication, as signs of stress were noted. Vets who testified on behalf of the cause said it would be better off in a more natural environment with other coyotes.

The forest preserve’s own veterinarian and two outside vets assessed the animal as healthy and well cared for. They felt that it would be endangered by being moved and put with other coyotes, noting that while most wild coyotes live in pairs or packs, about one out of three live alone.

The coyote has been put on anti-anxiety medications only for specific stressful instances, such as visiting the vet or the Fourth of July, officials said.

Officials have been reviewing the forest preserve site for where and how to situate the enclosure. They are compiling best practices from scientific papers, other facilities, and guidelines from the Association of Zoos and Aquariums, to add more natural elements.