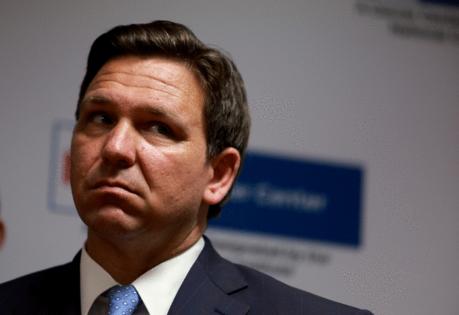 Ben Frazier of the Northside Coalition in Jacksonville and Community Justice Project attorney Denise Ghartey recently voiced their issues with HB 1, also known as the Combating Public Disorder Act, to the U.N.’s Committee on the Elimination of Racial Discrimination (CERD) in Geneva. Composed of human rights experts, the committee convenes every two years to evaluate international efforts to eradicate racial prejudice. Frazier and Ghartey’s advocacy led to HB 1 being brought up during Friday’s session.

“What measures are being taken to guarantee the exercise of the right to freedom of peaceful assembly of individuals belonging to racial and ethnic minorities?” Faith Dikeledi Pansy Tlakula, CERD country rapporteur, asked. She then listed examples, referring to HB 1 as a law “aimed at restricting and criminalizing protest activities as a response to racial justice protests and Black Lives Matter protests.”

Ghartey and Frazier took the moment as a win. Both believe HB 1 inherently discriminates against Black and brown protesters due to its passage in the aftermath of the George Floyd protests during summer 2020.

“I don’t think that we can take it lightly that [freedom of speech] is being threatened,” Ghartey said in an interview with the Miami Herald.

Added Frazier: “We will continue to push forward on the international level to make certain that it is clear that this isn’t simply something that’s happening in Florida. There are more than 22 states who are considering the same type of anti-protest legislation to abridge and to violate our First Amendment rights to assemble and to protest.”

Gov. Ron DeSantis’ office did not respond to a request for comment.

A top priority for the Florida legislature and DeSantis, HB 1 was passed in early 2021. The law, which DeSantis said would help protect Floridians from “mob violence,” increased penalties for blocking traffic and allowed drivers to possibly escape culpability from harming protesters with their vehicle. Several parties, including Dream Defenders and Frazier’s Northside Coalition, immediately sued the Republican governor. In September 2021, a federal judge temporarily

blocked a portion of the law due to its vagueness “to the point of unconstitutionality.”

“HB 1, as you know we have felt, is ambiguous and, of course, nebulous,” Frazier said. “It is racial discriminatory. It targets Black community leaders and advocates and Black-led organizations.”

In July, amid the ongoing legal battle over HB 1, three Florida-based organizations — the Black Collective, Dream Defenders and Community Justice Project — submitted a report to CERD. The report listed various violations of the International Convention on the Elimination of Racial Discrimination, a treaty ratified by more than 180 countries.

HB 1 specifically violated article 2’s ban on race-based discrimination, article 5’s guarantee that all groups have the right to peaceful assembly and article 3’s mission to eliminate all instances of intolerance within their borders, according to the Florida-based organizations.

“This bill in Florida is coming in response to Black people standing up in the summer of 2020 and afterwards for their rights and just being murdered in the streets,” Ghartey said. A government within “the United States is trying to silence them. That is a world issue.”

In addition to submitting the report to CERD, the activists met with members during private sessions with the hope that their cause will be brought up at the U.N. forum where U.S. delegates will have an opportunity to respond. Frazier, whose national profile increased following his arrest over a subsequently dropped trespassing charge at a DeSantis press conference, retweeted a video from one of his meetings.

“At a time when millions flooded the streets in protests against systemic racism and police violence, my home state of Florida chose to ignore the human rights obligations we hold under CERD,” Frazier said in the video taken last week during a private session. “It has done this through passing a law that effectively criminalizes our right as Black people to protest.”

The activists’ hope is that when CERD issues its report following the close of the current session on Aug. 30, HB 1 will be one of the many issues that the U.S. must address.

“It’s a dangerous time for African Americans,” Frazier said in an interview with the Miami Herald, “particularly those living in the state of Florida.”