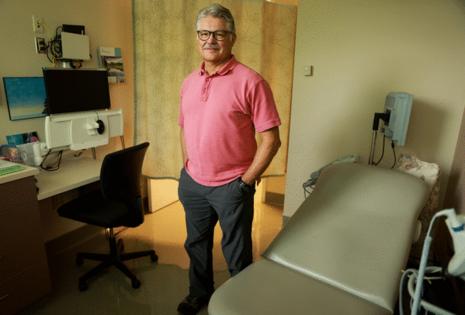 "Reverse Your Abortion," the organization's website proclaims. If you've started a medical abortion, taking only the first of two drugs, "you can still change your mind."

Care Net, a multisite organization that says it offers Biblical truth alongside ultrasounds and other support during pregnancy — but not abortions or birth control — directs those interested to an international reversal hotline that works with 27 Washington providers, according to Christa Brown, who oversees the 'round-the-clock hotline.

Backers say the weekslong treatment, designed to counter the first abortion pill, gives patients who regret their decision to have an abortion a likely way of continuing their pregnancies and having healthy babies.

"Everyone deserves a second chance," Care Net medical director Dr. Bob Snyder tells patients referred to him by the hotline.

Critics, including the American College of Obstetricians and Gynecologists, call the treatment unproven, unethical and possibly dangerous.

Abortion opponents nevertheless increasingly promote it as more and more people choose to end their pregnancies by medication. Abortion pills now account for roughly half of U.S. abortions, and that number is expected to go up in the aftermath of the U.S. Supreme Court's overturn of Roe v. Wade. Because the pills can be discreetly mailed, some are using them to get around state restrictions.

The corresponding touting of reversal treatment has yielded one more flash point in the fever-pitched abortion debate, a quagmire now largely left to state law.

Eight states require medical professionals to provide information about reversal treatment before administering medication abortions, and a dozen more are considering similar laws, according to Elizabeth Nash of the Guttmacher Institute, a research group that supports abortion rights.