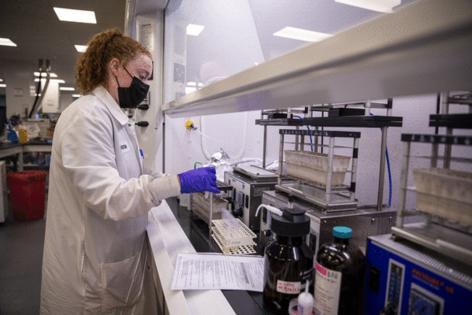 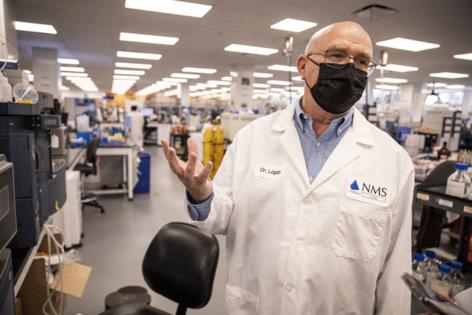 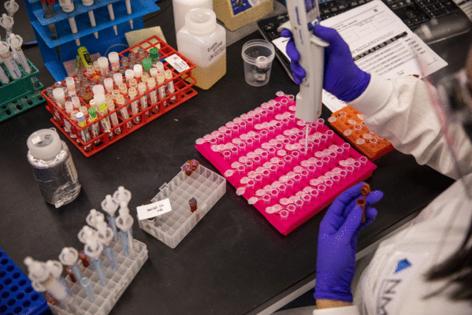 The toxicology lab, one of the largest in the country, tests blood and tissue samples for a host of substances, helping clinicians, law enforcement, and medical examiners’ offices investigate everything from suspicious deaths to suspected arsenic exposures.

But over the last decade, as the overdose crisis has worsened, the lab — which also has branches in Texas and South Carolina — has been steadily cataloging overdose deaths in the hundreds of thousands of samples it receives each year.

Now, the lab’s nonprofit arm, the Center for Forensic Science Research and Education, is partnering with the Philadelphia Department of Health to help officials learn more about the city’s drug supply — which is increasingly contaminated with synthetic opioids such as fentanyl, and newer additives such as the animal tranquilizer xylazine. Nearly all of the city’s overdose deaths now involve fentanyl, which was once considered a rare, powerful additive to the region’s otherwise pure heroin.

And more Philadelphians — 578 in 2020 alone — are dying from overdoses with both opioids and stimulants such as cocaine in their system. That could mean that some drug users are combining substances for an enhanced high, or that they’re unknowingly ingesting stimulants contaminated with an opioid. CFSRE researchers have tested cocaine samples from Philadelphia that contained fentanyl as recently as May.

“Each case is like a mini research project — particularly nowadays, where there are multiple drugs, and you don’t necessarily know what’s in any given case,” said Barry Logan, the chief scientist at NMS and executive director of CSFRE. “We can help bring some resolution to a death investigation, and help bring some closure to families.”

Logan, who also is senior vice president of forensic sciences at NMS, has worked at NMS for nearly 15 years, and recalls when fentanyl — the powerful synthetic opioid that’s replaced most of Philadelphia’s heroin, and is driving a nationwide wave of overdose deaths — rarely turned up in the lab’s death investigations.

“It was almost all coming from medicinal fentanyl,” usually patches that are prescribed for extreme pain, Logan said. “People were chewing them, smoking them, squeezing the gel out of them to ingest, but the cases were few and far between. Heroin was the predominant opioid that was killing people.”

Then illicit fentanyl, manufactured on the black market, began making its way into the drug supply. Now, about 30,000 of the 200,000 death cases NMS investigates each year involve fentanyl, Logan said.

They also began to see a rise in polydrug overdoses — cases linked to two or more drugs. Sometimes, drug users were taking different substances at the same time to enhance a high. Other times, they were unwittingly sold dangerous combinations of drugs they weren’t used to or didn’t expect to ingest.