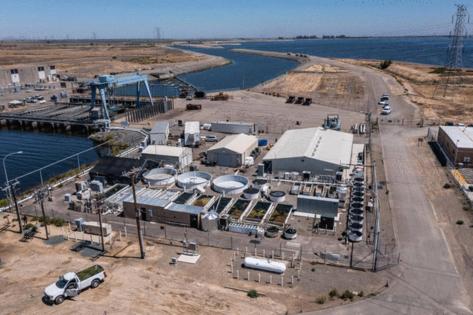 Researchers discovered Aug. 9 that 21,000 fish had died in their enclosures at UC Davis’ Center For Aquatic Biology and Aquaculture — a mass die-off that appears to have been caused by chlorine exposure. About 100 fish — mostly tilapia — survived.

The Center for Aquatic Biology and Aquaculture, or CABA, focuses on species conservation; the thousands of fish were research subjects. Endangered or threatened native California species, including Chinook salmon and green sturgeon, were among the fish that died.

Officials use data generated by CABA to decide how to manage fish populations and their habitats, said UC Davis’ director of news and media relations, Melissa Lutz Blouin. In 2011, a study in the journal “Biological Conservation” found that of 129 native California freshwater fish species, 66 species were either teetering on the brink of extinction or destined for extinction in the near future if people did not change their behavior. Another 34 species were in decline.

“Many of these species are predicted to become extinct in the wild in the next 50 years,” Blouin said, “so cultures of these fish and the research to understand them are necessary to prevent their extinction.”

A recent study published in “Environmental Biology of Fishes” in April, for example, tracked juvenile green sturgeon in the Central Valley and the San Francisco Bay Estuary; fish were housed at CABA during part of the study.

As of Aug. 8, many research projects were underway at the aquatic center where the chlorine issue took place, including a collaboration with the National Oceanic and Atmospheric Administration. Juvenile Chinook salmon in California appeared to be suffering and dying from vitamin B1 deficiencies, and CABA was helping to study the issue and come up with solutions.

The salmon they were studying are now dead.

“While we haven’t fully quantified what the loss will mean for research, this is a setback that makes it less likely for us to be able to address research questions in a timely manner,” Blouin said. Meanwhile, “The environmental problems we’re trying to solve still persist.”

The mass deaths will also affect the research projects of undergraduate and graduate students.

UC Davis is investigating exactly what led to the catastrophic event. Next steps are under review as university personnel communicate with the lab’s collaborators and regulatory and funding agencies.