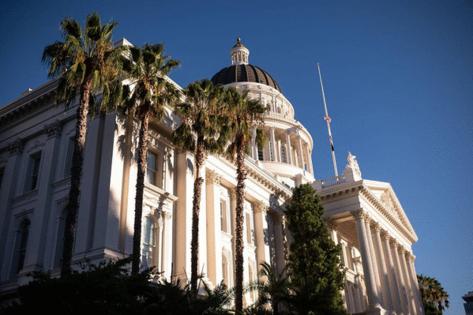 Cunningham, of San Luis Obispo, co-authored a law that would have allowed prosecutors to sue big social media companies for addicting children and teens to their online platforms. Companies like Meta, which oversees Facebook and Instagram, hated the bill and deployed lobbyists to fight it.

Even so, it advanced easily through the Assembly and the Senate Judiciary Committees before landing in the Senate Appropriations Committee.

Last Thursday, Assembly Bill 2408 died there without a vote or any public explanation.

Twice a year, a legislative instrument called the suspense file leaves many lawmakers, lobbyists and members of the public seething. Appropriations committees in the Senate and Assembly use it to kill or quietly amend bills before they can reach the floor.

Cunningham, who is not running for reelection, will not have the chance to push his bill — a victim of the suspense file — through another legislative session.

“This one smarts,” he said. “I try to be professional about it, but I’ve certainly lost more bills than I can count in Appropriations. It’s always been a complete enigma to me.”

Proponents say the suspense file is a tool of efficiency, essential for screening the hundreds of bills that come through the Legislature each year for their potential fiscal impact. Detractors call it a burial ground, used by lawmakers for decades to inter politically hazardous measures before they are forced to vote on them.

“This is a tale as old as time. Everybody knows there is a massive transparency problem at the heart of California’s legislative process,” said Jonathan Mehta Stein, executive director of California Common Cause, a good government watchdog.