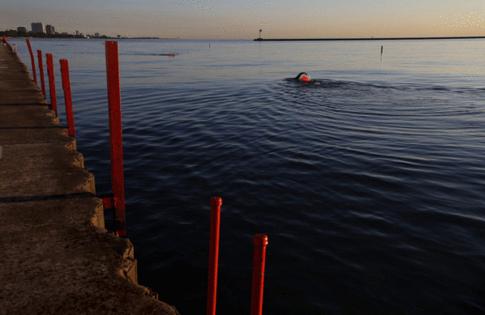 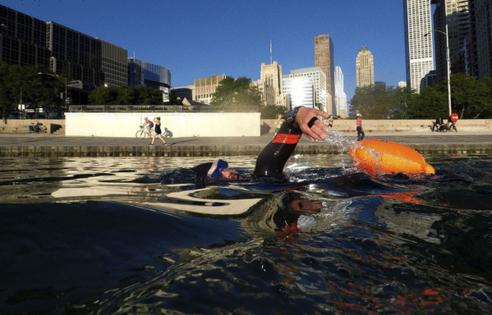 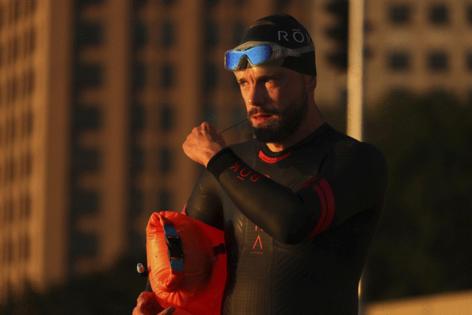 CHICAGO — From the beach where he swims on Lake Michigan, Rob Heitz can point out the green facade of the rehabilitation hospital where he began his recovery journey after being paralyzed from the neck down 19 years ago.

“I see my hospital, the window of my hospital room, where I looked out every day, my bed looking out on Lake Michigan,” Heitz said. “Rather than it being something that would cause me anything, fear or anxiety, it’s like — holy cow, I did it.”

Heitz, 41, is preparing to swim from Alcatraz Island to Aquatic Park in San Francisco on Friday. The Chicagoan has been training for a year by swimming in Lake Michigan, where the accident that left him quadriplegic — paralyzed in all four limbs — occurred. The distance of the swim can be 1.5 to 2 miles, depending on currents in San Francisco Bay.

“That doesn’t surprise me a bit, that he’s doing it,” his mother Norma Heitz said. “He’s a goal-oriented person, and he takes out the negative and just tries.”

It was dusk on Aug. 26, 2003, when a 22-year-old Heitz went on a boat ride in Racine, Wisconsin, with his boss and a business partner. The group went to a cove, and Heitz decided to go for a swim.

“I’ve always loved the water,” Heitz said. “I’m extremely comfortable with water and even being out in the lake at night, I felt like I wanted to go for a swim — it isn’t something that I would really probably consider too much, because I just always love being in the water.”

So he jumped, and his head immediately made contact with the bottom of the sandbar, which was about 2 to 3 feet deep. He held his breath underwater, unable to come up for air, until he couldn’t anymore.

And then everything went black.

“The next thing I remember was being in the back of the boat and my boss Mike yelling at me to try and move my feet or move my hands,” he said. “I remember being really cold and not being able to move and really confused and not knowing what was going on.”

He had been resuscitated with CPR, but he had also fractured the sixth cervical vertebra of his spine, effectively becoming paralyzed from the neck down.