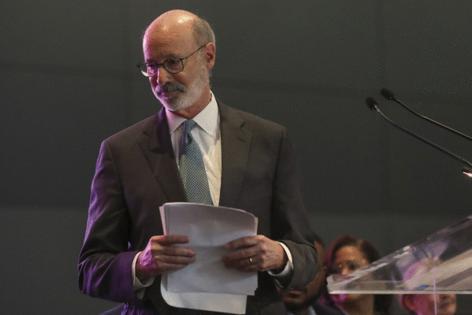 The executive order comes comes amid a surge of anti-gay rhetoric and sharpened attacks on LGBTQ people nationally, where Republican-dominated legislatures are seeking to roll back constitutional protections in the wake of Roe v. Wade being overturned.

While the executive order would not ban conversion therapy outright, it will direct state agencies to “discourage” the practice in the commonwealth, and instead promote evidence-based treatment and seek to bolster policies that better support LGBTQ residents.

Philadelphia is one of two counties that has enacted its own ordinance banning conversion therapy for minors, according to the Movement Advancement Project, a nonprofit research organization focussed on equality. Statewide, a dozen cities maintain similar ordinances, among them Doylestown, Reading, State College, and Yardley.

But attempts to implement a statewide ban on the practice have stalled in the Republican-controlled legislature.

Legislative attempts to bar the practice date back nearly a decade. Outgoing state Rep. Brian Sims of Philadelphia introduced a bill last year that would ban the practice of conversion therapy on anyone under 18 years old, though the bill has languished in the committee phase since March 2021.

Wolf called on the General Assembly to take action.

“All of our youth deserve to grow up in a Commonwealth that deserves and respects them,” he said.