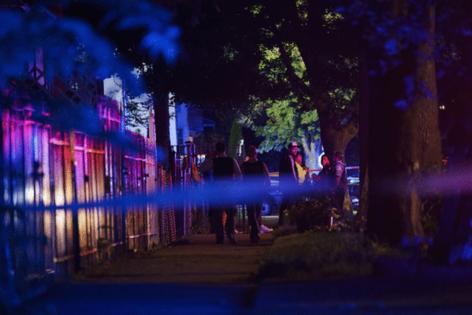 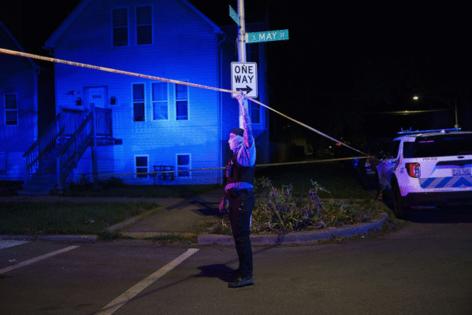 CHICAGO — An analysis last year of Chicago Police Department deployment data appears to raise questions about whether Chicago police officers are consistently on the street at times when most shootings happen in the city.

The findings show that deployment levels decline during the weekend overnight time periods when shootings are going up.

Those familiar with the documents released to the Tribune said the analysis was a first step toward using real-time data to design a strategy for the thorny and political question of where and when officers should be deployed.

The analysis was completed by the University of Chicago Crime Lab, which relied on historic shooting data and GPS information from police vehicles from the nine-month period between June 2020 and February 2021. Summary information from it was released to the Tribune Aug. 4 as part of an open records request to the Chicago Police Department, which had requested the analysis from the lab.

The department originally received the analysis March 10, 2021. The report drilled down into where and when officers were working in the field and where and when shootings happen.

Several parts of the analysis were heavily redacted, with the department citing officer and community safety as reasons for declining to fully disclose the information. Among the redacted material were specifics on where officers were deployed and where in their districts they spent their time.

The review was part of a larger Workforce Allocation study the lab performed, which included a look at 911 response times as well.

Among the conclusions that were not redacted was that 14% of shootings are happening between midnight and 5 a.m. on Saturdays and Sundays in the city’s least safe areas, but just 3.8% of the work hours of Chicago police tactical teams were logged there during that same 10-hour period.

The Chicago Police Department refused to answer specific questions about the analysis or whether it was used to make subsequent deployment decisions. Mayor Lori Lightfoot’s office did not respond to a request for comment.

The Tribune asked to speak directly to Chicago police Superintendent David Brown and was given an emailed statement that said the department “regularly reviews and adjusts resources across the Department to enhance public safety and address crime patterns.”