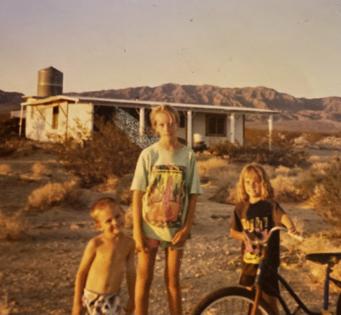 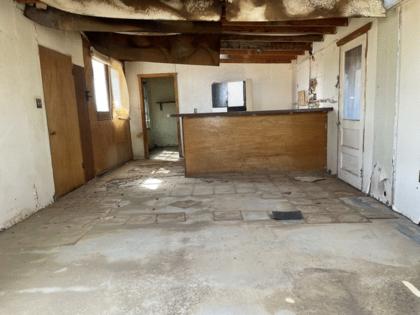 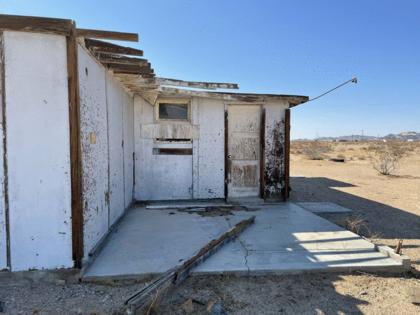 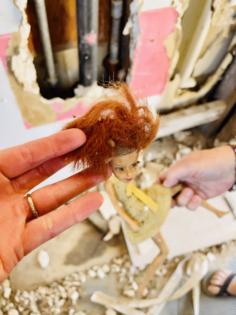 WONDER VALLEY, Calif. — Helin Bereket spent hours driving her rental car down the dusty roads just east of Twentynine Palms earlier this year, photographing the abandoned homesteads that littered the desert landscape. The Berlin-based photographer had read online about the forgotten shacks filled with shriveled reminders that they were once homes decades ago.

Many of the homesteads were built in the 1950s as part of the Small Tracts Act, a popular federal program that awarded five-acre parcels to people who agreed to build homes on the property. Today, the abandoned shacks are as much a part of the desert as the creosote bushes that dot the land.

As her lens captured the dilapidated exteriors that the desert seemed intent on swallowing, Bereket said she was left with a nagging curiosity about who would relinquish these time capsules in the remote, unincorporated community of Wonder Valley.

I know the answer.

Bereket's image of a crumbling sky blue structure with wood-trimmed windows on Raymond Drive, featured in an online magazine in June, was my childhood home.

Now, 25 years later, Bereket was peering into my former life.

"I actually wanted to go inside, but I didn't have that much time because there were so many houses and some of them were not empty," she said when I reached out to her after seeing the image of my childhood home.

My parents bought the 714-square-foot house with its two bedrooms and single bathroom for $19,000 in 1990. I was almost 9 years old. They believed that leaving Upland for a small remote town would sever the pull of gangs and drugs that kneecapped the future of those around them. Twentynine Palms was a place where the mayor coached the high school softball team. A place where homeownership was possible for two high school dropouts starting over with three kids.

After several weeks of camping in the summer heat while waiting to move in, we finally got the keys for the house on Raymond Drive.