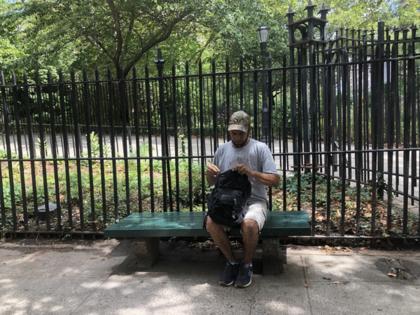 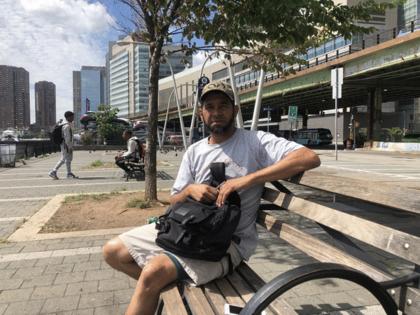 NEW YORK — Jose Rodriguez was tired, hungry and beaten down when he crossed the border from Mexico into Texas after a two-month journey. He didn’t have money, and he didn’t have many options. Although he had originally hoped to go to Miami, he heard there was a free bus to New York. Officials told him that if he boarded the bus, there’d be help waiting for him.

Rodriguez believed there was a plan — that Texas and New York were working together.

He knows now he was wrong.

“We arrived deceived,” he said. “I didn’t know that the governor had commanded this. They boarded us and brought us and that’s it. We didn’t know — just that the bus was free. I don’t know why, I thought they [Adams and Abbott] were friends.”

Texas Gov. Greg Abbott’s decision to bus migrants to New York has become a Red v. Blue showdown, with Abbott using migrants as political pawns to bolster his standing with tough-on-immigration Republicans ahead of midterm elections. Mayor Eric Adams has blamed an overwhelmed homeless shelter system on the influx of migrants, using them and Abbott as scapegoats for what critics say are deep-running problems in the city’s shelter system.

Lost in the political rhetoric are the stories of people like Rodriguez.

A 38-year-old from Venezuela with a family of four children he had to leave behind, Rodriguez arrived in New York with the same dream that has driven immigrants for centuries — the hope of a brighter future. But so far he, like many of the others on Abbott’s buses, has found himself caught in the middle of a political firestorm, a casualty of a culture war over immigration and the nation’s Southern border.

Six days arriving in New York, Rodriguez sat on a bench at the 34th Street ferry landing. He sipped on a can of Sprite — a small luxury for him — and looked out at the East River under the brim of his dark camo baseball hat, watching boats come and go. Midtown’s skyscrapers towered behind him.

He has a place to sleep and meals when he is at the shelter, but not much else. Since stepping off the 40-hour bus ride to New York, Rodriguez has been spending his nights in the homeless shelter in Brooklyn and his days walking the streets, going door to door looking for a job. He doesn’t have money to buy food when he’s out job hunting. He has no family or friends in New York.

Rodriguez carries his belongings with him as he goes about the city, but that isn’t difficult. After the long journey, his possessions don’t even fill his small black backpack. An extra T-shirt, papers from immigration officers at the border, and a tennis ball, so he can practice baseball, a favorite hobby. On a recent day, he had just $1.50 in loose change in his pocket. He drinks water from a refilled Coca-Cola bottle to stay hydrated in the August sun.