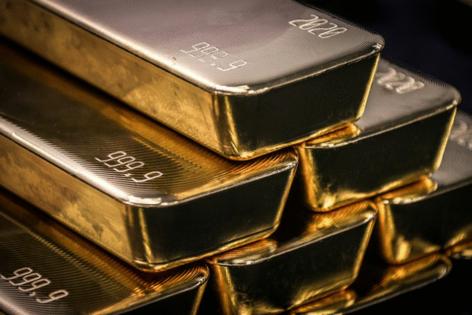 In December 2018, a man in his early 30s was intercepted on arrival at Fort Lauderdale airport and taken to a room where two FBI agents sat waiting.

The target was scared and already on high alert — one of his associates had recently admitted to crimes he knew he'd also committed. Christian Trunz wasn’t a terrorist or a drug trafficker, but a mid-level trader of precious metals returning from his honeymoon. Crucially: he was also a longstanding employee of JPMorgan Chase & Co., the biggest bullion bank.

The FBI’s airport ambush described by Trunz was a crucial step in the pursuit by U.S. prosecutors of JPMorgan’s precious metals desk, leading up to last week’s climax — the conviction on 13 counts of the man who was once the most powerful figure in the gold market, the desk’s former global head Michael Nowak.

Watched with a mixture of fascination and horror by precious metals traders around the world, the case has shone a light on how JPMorgan’s traders — including Nowak and the bank’s long-time lead gold trader Gregg Smith — for years allegedly manipulated markets by placing bogus orders designed to wrongfoot other market participants, principally algorithmic traders whose high-speed activity became a major source of frustration.

Nowak has become one of the most senior bankers to be convicted in the U.S. since the financial crisis and faces the prospect of decades in prison, although it could be far less.

Nowak’s lawyers contend Nowak wasn’t a “criminal mastermind” and said they will “continue to vindicate his rights in court.” A lawyer for Smith said during closing arguments last month that his client’s orders were legitimate, and there are other explanations to buy and sell futures contracts at the same time on behalf of customers.

It took three weeks in court for the government to persuade a jury of Nowak and Smith’s guilt. (Jeffrey Ruffo, a salesman who was tried with them, was acquitted.)

But whispers of spoofing had hung over JPMorgan’s trading desk for at least a decade — many years before the FBI first approached Trunz in 2018.

Alex Gerko, the head of an algorithmic trading firm, complained about Smith’s activity in the gold market as early as 2012 to CME Group Inc., which owns the futures exchanges where the U.S. alleged thousands of spoof trades took place. But Smith and Nowak continued working at the bank until 2019, when the U.S. unsealed charges against them.