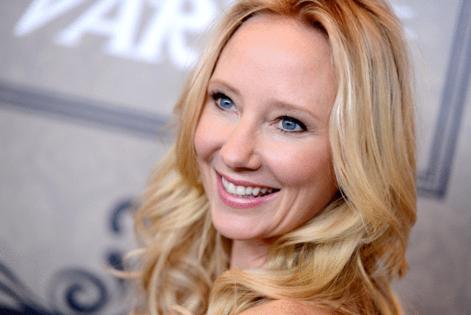 LOS ANGELES — Anne Heche has been taken off life support after a viable recipient was found for her organs, People magazine confirmed Sunday, according to sister publication Entertainment Weekly.

It is currently unclear which of Heche’s organs will be donated to the unidentified recipient. The “Another World” and “Six Days Seven Nights” star was declared legally dead on Friday, but her heart was still beating and her body was kept on life support to preserve organs for potential donation, per Heche’s longstanding wishes.

The stage, TV and film performer died at age 53 after crashing her car into a Mar Vista home that proceeded to catch fire. In the accident, Heche suffered severe burns and brain damage, as well as a major injury that required her to be put on mechanical ventilation. She was in a coma before she died.

On Thursday, a spokesperson for the Los Angeles Police Department confirmed that a blood test showed Heche was under the influence of narcotics when she crashed. Another law enforcement source told The Times that Heche’s initial blood test revealed cocaine in her system.

Those who have paid tribute to Heche in the wake of her death include her eldest son, Homer Laffoon; her ex-husband, Coleman “Coley” Laffoon; and two of her former partners, James Tupper and Ellen DeGeneres.

“This is a sad day,” tweeted comedian DeGeneres, whose groundbreaking romance with Heche in the late 1990s challenged homophobia in Hollywood. “I’m sending Anne’s children, family and friends all of my love.”

Among the many who reacted to Heche’s death over the weekend was Lynne Mishele, who had been renting and living in the Mar Vista home that perished in the crash. Mishele — who is still “recovering” during this “insane, traumatic time” — took to Instagram Friday to offer her condolences to Heche’s loved ones.

“The news of an Anne Heche passing is devastating,” Mishele said. “Her family and her friends and her children especially really have suffered a great loss, and my heart goes out for them. This entire situation is tragic, and there really are just no words.”