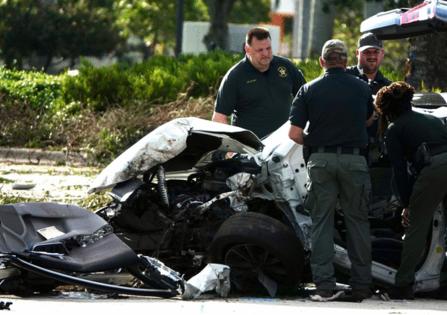 The crash happened at about 4 a.m. near the intersection of West Sample Road and Lyons Road in Coconut Creek.

Margate Fire Rescue took the injured woman to a hospital where she later died, according to the sheriff’s office. The Coconut Creek police officer was taken to a hospital with injuries that were not life threatening.

The westbound lanes of Sample Road between Northwest 42nd Avenue and Lyons Road were closed early Sunday until further notice.

Coconut Creek police officers initially responded to investigate the crash, then detectives with BSO Traffic Homicide Unit took over investigating. No further details on the crash were released Sunday morning.

The woman who died was not identified by the Sheriff’s Office.