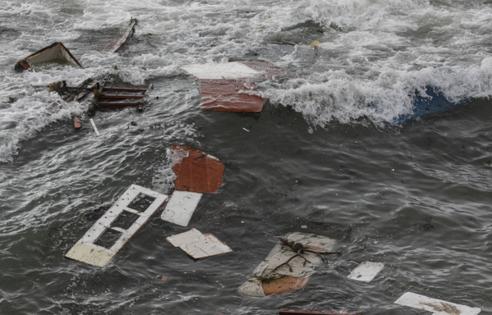 SAN DIEGO — The smuggler who was at the helm of an overloaded 40-foot vessel that capsized off Point Loma last year, causing three migrants to drown and sparking a chaotic rescue effort, was sentenced Friday to 18 years in prison.

Antonio Hurtado, 40, who had been living aboard the aging trawler-style boat, was illegally shuttling 32 migrants into the United States the morning of May 2, 2021, when the vessel drifted onto the rocks below Cabrillo National Monument and violently broke apart.

In handing down the sentence Friday, U.S. District Judge Janis Sammartino called the case the “most egregious” she’s ever seen in her courtroom in more than 15 years. The punishment went beyond the 17-year term recommended by federal prosecutors, who called the nature and circumstances of the case “extremely aggravated” and “almost without comparison” in a border district where maritime smuggling has grown common.

The doomed journey began the night of May 1, after other smugglers had delivered the migrants from the Baja California seaside town of Puerto Nuevo to Hurtado’s boat, the Salty Lady, which waited approximately two hours offshore near the Coronado Islands, according to prosecutors. The migrants had paid $15,000 to $18,000 each to be smuggled into the U.S.

Once underway, Hurtado had difficulty navigating in the stormy waters, and some of his passengers reported that he repeatedly used drugs during the fraught trip. “At one point, Defendant passed out from his drug use, leaving the boat to drive in circles for a lengthy period of time while its passengers desperately tried to awaken him,” Assistant U.S. Attorney Seth Askins wrote in a sentencing memorandum.

In the predawn hours, the boat’s engine died. Rather than call the Coast Guard for help, as his passengers had implored, he called an unidentified co-conspirator to tow the boat to shore. He instructed the migrants to hide below deck.

The tow arrived and tried to assist by midmorning, but by that time the boat was perilously close to the reef and the seas too rocky.

“Knowing his boat was doomed and choosing to save himself rather than help his human cargo, Defendant was the first person to leap from the boat and start making his way to shore,” Askins said.

The boat smashed onto the reef. Many migrants remained trapped in the cabin as the boat broke apart. Bystanders near Cabrillo National Monument watched the scene in horror, and some jumped into the water to join the growing rescue effort.

Hurtado, a U.S. citizen, was taken into custody at the scene. When he advised Border Patrol agents that he was “coming down” from drug use, agents prepared to take him to a detox facility. As an agent attempted put an ankle restraint on for the transport, Hurtado slammed his knee into the side of the agent’s face, prosecutors said.

Defense attorney Melissa Bobrow said in sentencing documents that Hurtado was prescribed Ritalin — a medication often used to treat attention deficit hyperactivity disorder — at the age of 3, setting off a lifetime of substance abuse.

“Antonio Hurtado stands before this court due to his drug addiction — all of the choices he made, the position he put himself into that led to this tragedy, were the culmination of a lifetime of drug addiction,” Bobrow said.

She said Hurtado had also been under financial stress, unable to find steady employment due to the pandemic. He had several issues getting unemployment checks and had made appointments to try to sort out the delays with the state agency in the period leading up to the smuggling attempt, she said.

“What happened that day was the most terrifying experience for every single person who lived through it,” she wrote. “Mr. Hurtado accepts the role he played in that. He wishes he could go back in time and do a lot of things differently, from the days leading up to the minutes before the tragedy.”