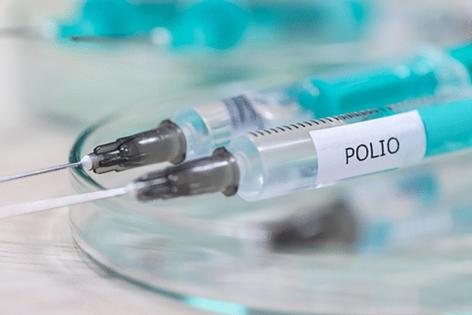 NEW YORK — The polio virus has been detected in New York City, health authorities said Friday, a jarring discovery arriving three weeks after the long-defeated virus reemerged in Rockland County north of the city. The potentially deadly virus was detected in sewage samples collected in the city.

Before the Rockland County case, the U.S. had gone almost a decade without logging any polio cases. But the reported arrival of the paralyzing pathogen in the five boroughs suggested local community spread.

“This is something we’re monitoring closely,” Gov. Kathy Hochul said at a Long Island news conference, adding that the state is working in tandem with the federal government. “This is a very, very serious disease.”

The governor said vaccinations represent New York’s best defense against the return of polio, and that the time has arrived to “sound the alarm” about the threat.

Though about 70% of people infected with the highly contagious polio virus do not display symptoms, around 25% suffer flulike symptoms, according to the federal government. In less than 1% of cases, the virus invades the spinal cord and causes paralysis.

“For every one case of paralytic polio identified, hundreds more may be undetected,” Dr. Mary Bassett, the state health commissioner, said in a statement. “The detection of poliovirus in wastewater samples in New York City is alarming, but not surprising.”

Polio was mostly driven out of the U.S. during the second half of the 20th century, after the introduction of vaccines for the virus in 1955. Complete vaccinations provide almost total protection against polio.

“The risk to New Yorkers is real but the defense is so simple — get vaccinated against polio,” Dr. Ashwin Vasan, the city health commissioner, said in a statement. “Polio is entirely preventable and its reappearance should be a call to action for all of us.”

Authorities said people who are unsure of their vaccination status should also receive shots.

School children in New York are required to be vaccinated against polio, according to state Health Department rules. But there is no federal mandate, and the state does not have requirements for homeschooled kids.