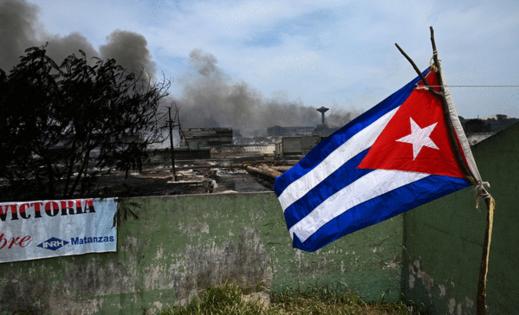 One wanted to be a neurosurgeon and was a Real Madrid soccer fan. Another one loved to play basketball. A third one liked to pose for selfies to show off his tattoos.

One by one, the faces of young Cubans who likely died while combating a fire that started last week at an oil storage facility in the port of Matanzas have been popping up on social media this week. They are among 14 people Cuban authorities said are missing but have yet to be officially identified.

At least four – Leo Alejandro Doval Perez de Prado, Michel Rodriguez Roman, Adriano Rodriguez Gutierrez and Fabian Naranjo Nunez — were in the midst of their compulsory military service and had little experience as firefighters, according to accounts of families and friends on social media.

They were all very young and full of dreams, their relatives lamented. And now they are gone, prompting a flurry of questions about why authorities sent them as first responders to one of the most dangerous fires in Cuba in several decades.

“Who is going to take responsibility for bringing those inexperienced kids to such a dangerous scene?” asked Yanelys Naranjo Gonzalez, a relative of Fabian Naranjo Nunez, on Facebook. “Who ordered that they remain in the red zone where the flames could reach them if the scope of the fire grew, as it did?”

She said Naranjo Nunez was doing his military service in the Varadero airport firefighting brigade.

A Red Cross brigade that has been working on the fire site paid tribute in a minute of silence in front of his house in Matanzas on Thursday, one of the brigade members, Esteban Grau, said on Facebook.

The government has not said who was ultimately in command of the response efforts at the fire site. Given the lack of accountability that high-ranking military officials usually enjoy in Cuba, and how the government is already framing the disaster response as successful, it is unlikely that the questions posed by the families will be answered with an independent investigation.

On Friday morning, government officials said the fire that engulfed half of the oil storage capacity at the Matanzas supertanker base was extinguished, a feat described by Cuba’s leader Miguel Diaz-Canel as “epic” and a “victory.”

While Cubans have welcomed the news, the triumphal tone in the government’s statements and state media coverage struck a nerve among those concerned with the fate of the young recruits.