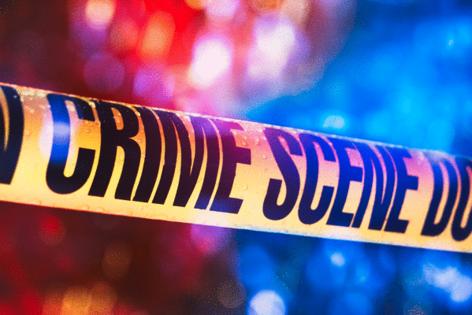 PHILADELPHIA — Nine people were wounded in shootings on Friday in Philadelphia, including four people in one incident in the city’s Frankford section and a 6-year-old boy grazed by a stray bullet, police said.

Just before 7:30 p.m., at least four people were shot on the 5300 block of Charles Street in Frankford, police said. Three victims were transported to Jefferson Torresdale Hospital and one was taken to Temple University Hospital. Their conditions were not immediately known, nor were other details about the incident.

Around 12:15 p.m., the 6-year-old boy was grazed in the arm by a wayward bullet on the 1600 block of Glenwood Avenue in North Philadelphia, police said.

Capt. John Walker said a man driving a U-Haul pickup truck westbound on Glenwood stopped the truck and began firing shots at a car driving eastbound. One of the shots went through the windshield of a third car, which was behind the gunman’s target, Walker said, and was carrying the boy, his grandmother, and his grandfather, who was driving.

The boy was taken to St. Christopher’s Hospital for Children, where police said he was in stable condition. No one else was struck by gunfire before the gunman in the U-Haul drove away, police said.

On Friday evening, an unidentified man in his 20s was shot in the head on the 6200 block of Limekiln Pike in East Germantown. The victim was found in a private vehicle and taken by police to Einstein Medical Center, where he was listed in critical condition. No arrests were reported.

Shortly before 5 p.m., three men were shot on the 900 block of Girard Avenue in North Philadelphia.

A 75-year-old man shot three times in the left arm was taken by medics to Thomas Jefferson University Hospital and was listed in stable condition.

Friday’s shootings happened as gun violence continues to surge in the city. As of Thursday, 1,149 people have been shot this year in Philadelphia and there have been 338 homicides — 3% more than the same date last year, which ended in a record 562 homicides.

Also on Friday, just before 12:20 a.m. in South Philadelphia, a 64-year-old woman was found stabbed multiple times in the throat inside a second-floor hallway on the 2300 block of South 20th Street. The woman was pronounced dead at the scene by medics. Police said a person was in custody and a knife was recovered.

And shortly before 1 a.m., a 33-year-old man was stabbed in the back on the 6000 block of Vine Street in West Philadelphia. He was taken to a hospital in a private vehicle and was reported in stable condition. Police reported no arrests.