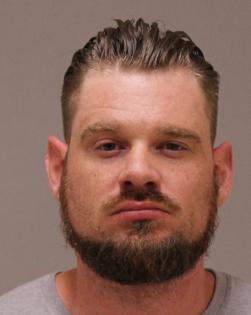 GRAND RAPIDS, Mich. — Testimony began Wednesday in federal court in the retrial of two men accused of a violent plot to kidnap Gov. Gretchen Whitmer with attorneys for both sides recasting and reframing their arguments four months after the first trial ended in a hung jury.

Federal prosecutors made a dramatic pivot, talking more directly from the outset of the trial about the involvement of informants and undercover agents in an effort to depict defendants Adam Fox, 39, and Barry Croft Jr., 46, as individuals with a concrete desire to overthrow the government and spark a second American Revolution. The defendants were doing so long before the COVID-19 pandemic and before they landed on the radar of the federal government, prosecutors said.

“This case doesn’t start because of COVID-19,” said Assistant U.S. Attorney Christopher O’Connor, one of the prosecutors representing the federal government in U.S. District Court in Grand Rapids.

“It starts several years before that, because what you’ll learn is that years before law enforcement started to investigate this plot, defendants believed elected officials were tyrants.”

U.S. District Judge Robert Jonker presided over the opening arguments. The retrial is the latest saga in one of the largest domestic terrorism cases in recent history, an effort that has been rife with controversy.

Jonker also oversaw the earlier trial against Croft and Fox, when two other defendants, Daniel Harris and Brandon Caserta, were acquitted on all charges. That jury, however, could not come to an agreement on Croft and Fox, and deadlocked.

Croft and Fox have been depicted by prosecutors as the ringleaders of the alleged plot, and they face charges of kidnapping conspiracy and conspiracy to use a weapon of mass destruction. Croft faces an additional charge of possessing an unregistered destructive device.

Two others charged in connection with the plot, Ty Garbin, 26, and Kaleb Franks, 28, have pleaded guilty to federal kidnapping conspiracy charges and are expected to testify again as the government's star witnesses.

O’Connor dug deeper into the defendants' lives before they came under investigation, talking about Croft’s years-long ties to violent extremist groups and history of posting anti-government commentary on social media. He also highlighted meetings and details that took place before spring 2020, when the COVID-19 pandemic created tensions and brought anti-government extremists out into the national spotlight.

According to the prosecutors, the defendants believed that kidnapping a sitting governor would spark chaos and remove people from office who they felt were overstepping their authority.