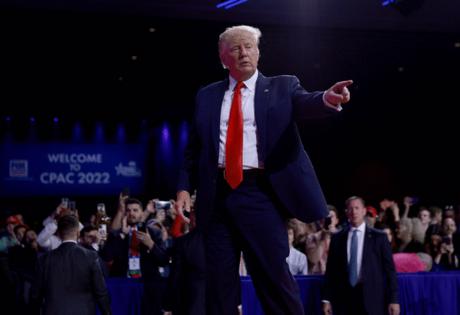 After FBI agents carted away about a dozen boxes of presidential records from Donald Trump’s opulent Mar-a-Lago residence, the question hanging over that mountain of paperwork is: What kind of criminal case is the Justice Department building against him?

Federal authorities are focusing not only on whether the former president violated a law requiring him to turn over almost all of his White House documents to the National Archives, but also on whether Trump mishandled classified documents found at his Palm Beach resort.

Legal experts, including former federal prosecutors, say that the Justice Department and FBI would never have obtained a search warrant and launched such an unprecedented raid on a former president’s home Monday unless Trump was suspected of committing a crime or possibly letting classified documents on national security circulate at Mar-a-Lago.

“There is no question in mind that they used a search warrant because the government was not getting the information they were requesting from Donald Trump,” said longtime Miami attorney Mark Schnapp, who had worked as a federal prosecutor on public corruption and financial fraud cases.

“This was decided at the highest level of government,” he said. “They had every right to be concerned who may have seen those classified documents.”

One of Trump’s lawyers, Christina Bobb, told Right Side Broadcasting Network that the raid on Mar-a-Lago “came as a shock.” She said that the former president “has been very cooperative” with the FBI and Justice Department, even allowing agents to visit in June to talk about classified materials on the premises that needed to be stored in a secure place.

“The raid was really unnecessary and a bit overkill considering that we had never withheld anything from them in the past,” Bobb said Tuesday.

But the FBI’s search warrant, which was signed by federal Magistrate Judge Bruce Reinhart in West Palm Beach, Florida, said that Trump had failed to turn over his presidential documents, according to law enforcement sources familiar with the raid. The documents included classified materials that the National Archives and Records Administration has tried to obtain from Trump since he and his lawyers initially turned over 15 boxes of sensitive documents in January that the former president had brought to Mar-a-Lago.

Trump, like his predecessors in the White House, is subject to the Presidential Records Act. The law was passed in 1978 after former President Richard Nixon sought to destroy recordings made in the White House that documented activities related to the Watergate scandal.

When a president leaves office, the archivist takes custody of the records from that administration and is responsible for their preservation and for providing access to the public, according to a Congressional Research Service report.