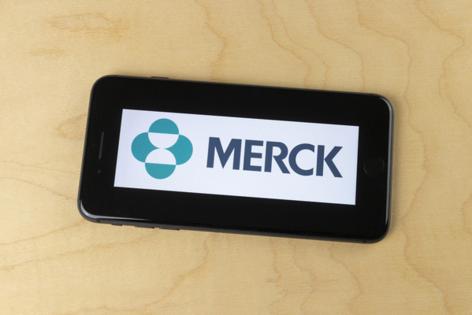 An impurity called a nitrosamine was found in some samples of the drug, which has the chemical name of sitagliptin, the U.S. Food and Drug Administration said Tuesday. The agency said it was permitting Merck to continue to sell drugs containing sitagliptin with higher-than-allowed levels of nitrosamine in order to avoid shortages.

Merck confirmed in an email that it “recently detected a nitrosamine identified as NTTP in some batches of our sitagliptin-containing medicines.” The company is working with health authorities around the world and has put in place additional quality controls to make sure the drugs meet the FDA’s interim limits.

Merck confirmed it found NTTP in three drugs that contain sitagliptin: Januvia, Janumet and Steglujan. Nitrosamine levels in a related extended-release therapy, Janumet XR, were too low to be measured, Merck said.

Sitagliptin, used to control high blood sugar in patients with type 2 diabetes, is one in a string of medications found to be contaminated with nitrosamines since 2018. Another popular diabetes drug called metformin was among those affected, along with certain blood pressure pills and Pfizer Inc.’s smoking cessation drug, Chantix.

Four years ago, pharmaceutical companies discovered that some blood pressure pills were tainted with N-Nitrosodimethylamine, or NDMA, kicking off a years-long examination of commonly used medicines that uncovered several instances of contamination. NDMA likely can increase the risk of cancer after prolonged exposure at the levels detected in the drugs.

Merck shares fell as much as 1.9% following news of the FDA statement, but recovered to gain 1.2% at the New York close.

The nitrosamine discovered in sitagliptin is called Nitroso-STG-19, or NTTP.

“Although there are no data available to directly evaluate the carcinogenic potential of NTTP, FDA used information available on closely related nitrosamine compounds to calculate lifetime exposure limits for NTTP,” the agency said.

The FDA allows 37 nanograms per day of nitrosamine in a drug, though it is allowing up to 246.7 nanograms in sitagliptin to avoid shortages. The agency said that its calculations show the difference in cancer risk is minimal.

“We remain confident in the safety, efficacy and quality of our sitagliptin-containing medicines,” Merck said. “No significant impact on supply of these medicines for patients is anticipated.”

The FDA recommended patients continue on their sitagliptin drugs until they talk to a health-care provider.

“FDA recommends prescribers continue to use sitagliptin when clinically appropriate to prevent a gap in patient treatment,” according to the agency.