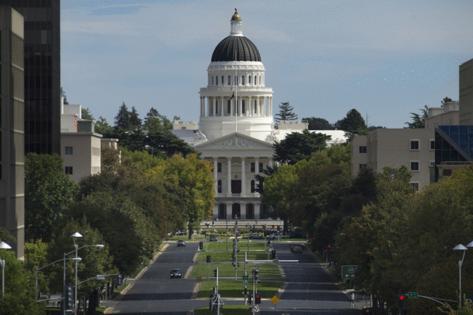 If they vote “yes” on Proposition 1, they will also lock in a right that has gotten less attention: the right to birth control.

Should the measure succeed, California would become one of the first states — if not the first — to create explicit constitutional rights to both abortion and contraception.

The lawmakers and activists behind the constitutional amendment said they hope to score a one-two punch: protect abortion in California after the U.S. Supreme Court ended the federal constitutional right to abortion under Roe v. Wade, and get ahead of what they see as the next front in the reproductive rights fight: birth control.

“The United States Supreme Court said that the privacy and liberty protections in the United States Constitution did not extend to abortion,” said UCLA law professor Cary Franklin, an expert in constitutional law and reproductive rights who has testified before the California legislature in support of the amendment. “If they said ‘no’ on abortion, they’re probably going to say ‘no’ on birth control because that has a similar history.”

In June, the U.S. Supreme Court’s decision in Dobbs v. Jackson Women’s Health Organization ended the federal right to abortion and left states to regulate the service. In his concurring opinion, Justice Clarence Thomas said the court should revisit other cases that have created protections for Americans based on an implicit right to privacy in the U.S. Constitution, such as the 1965 case Griswold v. Connecticut, which established a federal right to contraception for married people — which was later extended to unmarried people.

Some congressional Democrats are now trying to codify the right to contraception in federal law. In July, the U.S. House of Representatives passed the Right to Contraception Act, which would give patients the right to access and use contraception and providers the right to furnish it. But the bill has little chance of success in the U.S. Senate, where Republicans have already blocked it once.

Protecting access to contraception is popular with voters. A national poll from Morning Consult and Politico conducted in late July found that 75% of registered voters support a federal law that protects a right to birth control access.

California isn’t the only state where voters are considering reproductive rights in their constitutions.

On Tuesday, Kansas voters decisively rejected a constitutional amendment that would have allowed state lawmakers to ban or dramatically restrict abortion. It failed by nearly 18 percentage points.