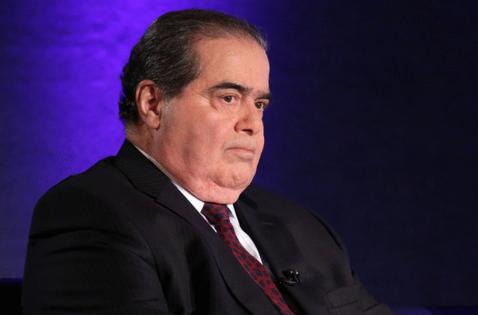 For decades before his 2016 death, Justice Antonin Scalia was the court’s champion of originalism, the approach to constitutional law that hews tightly to the founding fathers’ words. Once backed only by fellow Justice Clarence Thomas, Scalia’s vision now commands a majority on the court and is even invoked by the liberal justices.

But the embrace is raising new questions as to whether originalism is fulfilling Scalia’s pledge that it would keep judges from injecting their personal views into the law. As deployed by the current court, originalism includes a deep dive into American legal history, something critics say invites cherry-picking to reach a desired result. With abortion and guns, the court used centuries-old laws to justify its conclusions.

“They basically played into what a lot of non-originalists think is wrong about originalism — namely, that it’s just basically finding old cites to justify regressive and oppressive interpretations of the law,” said Elizabeth Wydra, president of the progressive Constitutional Accountability Center. “But that’s not what originalism promised.”

Originalism’s core has always been the Constitution’s language. As Scalia described it in 2005, “Our manner of interpreting the Constitution is to begin with the text and to give that text the meaning that it bore when it was adopted by the people.”

To do anything else, in Scalia’s view, was to usurp the power of the people and distort democracy. “The only power that I have is to apply the Constitution,” Scalia said in 2012. “I was not given the power to amend the Constitution.”

His arguments inspired a movement that culminated with then-President Donald Trump’s appointment of three justices who self-identified at least to some degree as originalists. One, Justice Neil Gorsuch, even wrote a book largely dedicated to the subject.

Kagan said at her 2010 hearing that “we are all originalists,” though she made clear that she didn’t see the doctrine as answering every constitutional question. Jackson went further in March, saying originalism had become the established method of constitutional analysis.