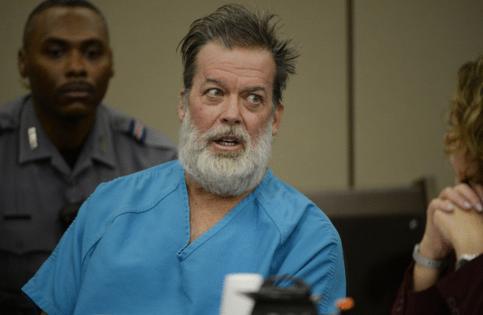 COLORADO SPRINGS, Colo. — Robert Lewis Dear Jr.'s case will be addressed in federal court at the end of the month in another step toward assessing his ability to stand trial, Fourth Judicial District Chief Judge William Bain said Friday.

In a two-day hearing beginning Aug. 30, a judge will determine whether Dear, who claimed responsibility for fatally storming a Colorado Springs Planned Parenthood clinic in 2015, should be compelled to undergo medication.

Dear's scheduled review hearing Friday in a Colorado Springs court was pushed back to Sept. 30 to accommodate the results of that medication hearing.

In September, a judge ruled that Dear undergo treatment in a "suitable facility" after being repeatedly found incompetent to stand trial since proceedings began in his case.

Dear, 64, was first ruled incompetent to stand trial in Colorado Springs in 2016, after being diagnosed with a delusional disorder. At that time, a judge in the Fourth Judicial District said Dear’s understanding of things was “not rational” or “grounded in reality.” In 2020, that ruling was upheld by another judge in El Paso County.

Dear faces 179 counts in state courts for the Nov. 27, 2015, attack on the clinic, which claimed the lives of three and injured nine others. Ke'Arre Stewart, Jennifer Markovsky and University of Colorado at Colorado Springs police officer Garrett Swasey died at the women's clinic. Nine other people — five of them law enforcement officers — were wounded during the course of a five-hour standoff.

In 2019, a federal grand jury indicted him on 68 new counts in a bid to get Dear to trial.

Last September, Dear was again ruled unable to understand court proceedings or their consequences, stalling that effort to bring him to trial in federal court while Dear undergoes treatment.

Prosecutors at the state level have also tried numerous times to force medications on Dear.

Dear called himself "a warrior for the babies" during his first court appearance in December 2015 after the killings. He yelled over attorneys at least 15 times.