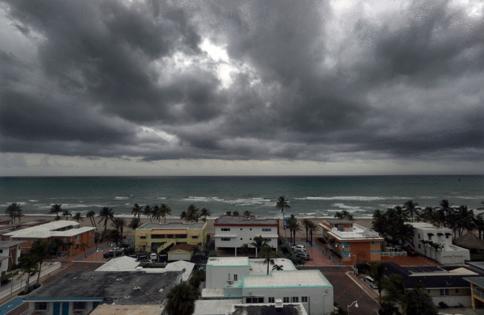 The 2022 hurricane season has gotten off to a rather sluggish start.

For the first time since 2017, there were no named hurricanes in June or July. And, so far this year, there have only been three named tropical storms at all. Just one of them, Colin, reached the Carolinas.

Colin barely even qualified as a tropical storm. It was so weak that it stayed under forecasters’ radar until the last possible minute. The National Weather Service even said the storm would likely have a positive effect on the region, given how little rainfall there had been recently before Colin arrived in early July.

But a slow start to hurricane season doesn’t mean it’s time to let anyone’s guard down. In 2017, the last time there was similar season, Hurricane Harvey wreaked havoc upon Houston, causing tens of billions of dollars in damage, much of which is still being paid for and fixed five years later.

“While the tropics have been relatively quiet over the last month, remember that it only takes one landfalling storm to devastate a community,” said Matthew Rosencrans, lead seasonal hurricane forecaster at NOAA’s climate prediction center. “This is especially critical as we head into what the team here, NOAA, anticipates is likely to be a busy peak to the season. So now is the time to know your risk, develop a plan, and be prepared for potential tropical storms or hurricanes ahead.”

Earlier this year, NOAA predicted “above normal activity” for the 2022 hurricane season. The federal agency said the Atlantic and Gulf coasts would likely see 14-21 named storms and six to 10 hurricanes. Also, three to six of the hurricanes would probably be “major hurricanes” — Category 3 or higher.

Now, NOAA forecasts that there will be 14-20 named storms and three to five major hurricanes. The range of hurricanes in general, six to 10, stayed the same.

A major reason for the slow start to hurricane season is the fact that ocean temperatures in the parts of the Atlantic and Gulf of Mexico where storms typically form have been normal or below average, Rosencrans said. Warm ocean surface temperatures are what give tropical storms the fuel they need to grow. Without that, the storms whither.

However, Rosencrans warned that having little tropical weather in June and July is fairly typical. Hurricane season peaks in September, with 90% of the storms for any year happening August through October. Last year, there was about a month-long lull between Hurricane Elsa, whose remnants hit the Carolinas, in early July and Tropical Storm Fred in August.