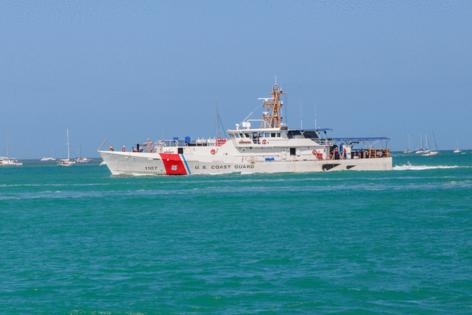 MIAMI — The U.S. Coast Guard said the bodies of two people have been recovered from the ocean water off the Florida Keys on Friday afternoon.

The agency said in a statement on Twitter that eight people have been rescued, and the search continues for “an unconfirmed number of people in the water.”

Coast Guard officials said it was too soon to confirm that the rescue is related to a surge in Cuban migrant landings in the Keys that significantly ramped up this week.

Crews from several agencies, including the Coast Guard and the Florida Fish and Wildlife Conservation Commission, responded to “multiple reports of people in the water” off the Florida Keys Friday, according to the federal agency.

The Coast Guard urged boaters in the Lower Keys to steer clear of its crews on the water, as well as those from FWC and U.S. Customs and Border Protection’s Air and Marine Operations.

“Please be safe while transiting the area and give rescue crews space,” the statement reads.