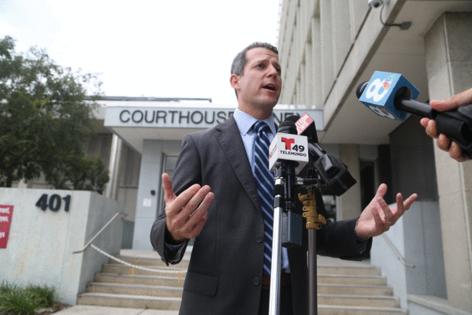 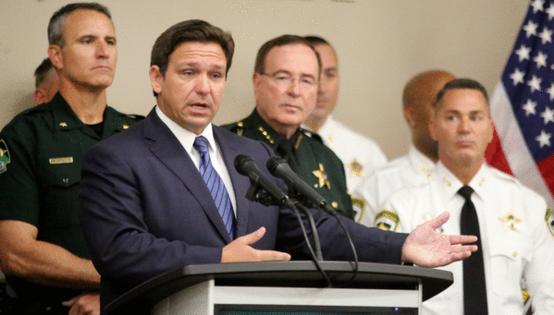 TAMPA, Fla. — Ousted Hillsborough State Attorney Andrew Warren is out of a job because of something he said, not something he did.

Gov. Ron DeSantis dropped a bombshell when he removed Warren from office this week for pledging not to pursue certain criminal cases involving abortion and transgender minors. As the conservative Republican governor and the progressive Democratic prosecutor brace for the inevitable battle to come, the Tampa Bay Times asked legal experts to weigh in.

DeSantis’ order on Thursday said a governor’s “executive responsibility” allows him to suspend any state officer who is not subject to impeachment for acts that include neglect of duty and incompetence. “Warren has effectively nullified these Florida criminal laws in the 13th Judicial Circuit, thereby eroding the rule of law, encouraging lawlessness, and usurping the exclusive role of the Florida Legislature to define criminal conduct,” his order said.

Some experts focused on a specific aspect of the executive order: Though it said Warren neglected his duty and was incompetent because he had signed letters saying he would not enforce laws prohibiting gender-affirming care for minors or limiting abortion, in fact, no such cases have come before him.

“We’ve had none. None of those cases have been brought to us,” Warren said at a news conference hours after he was escorted from his downtown offices. “We don’t anticipate those cases being brought to us.”

The question, then: Can someone be removed from office for something that has not actually happened?

“There is no case I’m aware of where (Warren) declined to prosecute anybody,” said Clearwater First Amendment attorney Luke Lirot. “So at this point, it’s directly retaliatory for his political speech.”

““It just seems to me to be outrageous that the governor would take these steps to remove a properly elected official simply because they made statements that are inconsistent with the governor’s political viewpoints,” Lirot said.

Scott Stephens, a former Hillsborough circuit judge who is a professor of Florida Constitutional law at Stetson University, said Warren’s removal should be looked at next to the 2017 case of Aramis Ayala, who was then the state attorney in Orlando.

Ayala made headlines when she announced she would not seek the death penalty against Markeith Loyd, accused of killing his pregnant ex-girlfriend and a police officer and causing a massive manhunt, or in other murder cases.