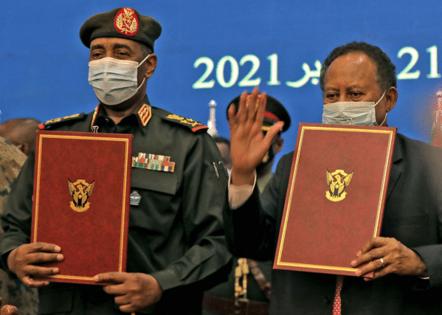 Sudan’s military said it will withdraw from internationally mediated talks to allow political factions to pick a new government, signaling a compromise after eight months of crisis sparked by a 2021 coup.

The move will let “political and revolutionary forces” form an independent administration able to rule for the transitional period, army chief Abdel Fattah al-Burhan said Monday in a statement.

After a government is formed, the quasipresidential Sovereign Council will be dissolved and another body comprising the army and the Rapid Support Forces militia be created and made responsible for Sudan’s security and defense, he said.

Burhan, who led October’s coup against a civilian-military power-sharing government, spoke after a weekend of deadly protests including sit-ins in several areas of the capital, Khartoum.