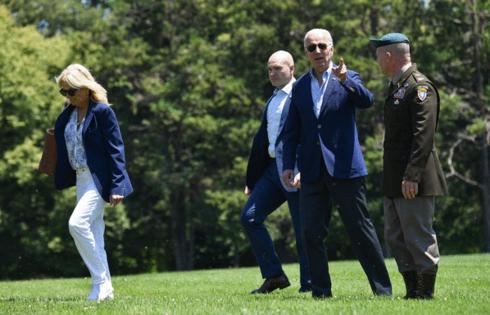 President Joe Biden said he spoke with officials in Illinois after a mass shooting in a suburb of Chicago and pledged federal law enforcement assistance in finding the gunman.

Six were killed and dozens injured in an attack on an Independence Day parade in Highland Park, Illinois, according to the Lake County Sheriff’s office. The suspect remained at large as of late afternoon on Monday.

“Jill and I are shocked by the senseless gun violence that has yet again brought grief to an American community on this Independence Day,” Biden said in a Monday statement. “I will monitor closely as we learn more about those whose lives have been lost and pray for those who are in the hospital with grievous injuries.”

Congress passed bipartisan gun reform legislation in June in the wake of a mass shooting in Uvalde, Texas, where 21 people, most of them school children, died in May at Robb Elementary School. Weeks earlier, 10 people died in a racist attack on a shopping center in Buffalo, New York.

“There is much more work to do, and I’m not going to give up fighting the epidemic of gun violence,” Biden said.