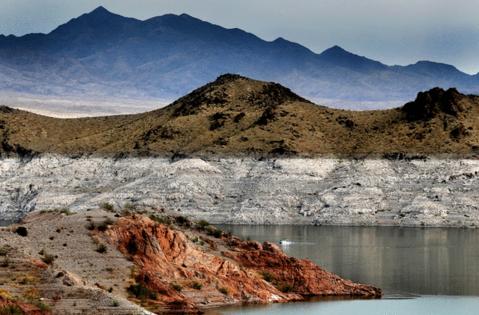 LOS ANGELES — Unprecedented dryness across the Western United States is meeting with increasingly warm temperatures to create climate conditions so extreme that the landscape of California could permanently and profoundly change, a growing number of scientists say.

The Golden State’s great drying has already begun to reduce snowpack, worsen wildfires and dry out soils, and researchers say that trend will likely continue, along with the widespread loss of trees and other significant shifts.

Some say what’s in store for the state could be akin to the conditions that drove people thousands of years ago to abandon thriving cities in the Southwest and other arid parts of the world as severe drought contributed to crop failures and the crumbling of social norms.

But unlike in those ancient civilizations, California’s current transformation is being accelerated by carbon emissions and human-caused climate change, which is creating not only longer and more severe droughts, but also hotter ones. It’s a process known as aridification, and many say it’s here to stay.

“All the factors in the Southwest are leading to a drier and drier climate,” said Jonathan Overpeck, co-author of a 2020 paper on aridification. “And because they are being driven by human-caused increases in greenhouse gases in the atmosphere, we expect this drying out to just get worse and worse until we stop.”

Hundreds of years ago, the Ancestral Puebloans of what is now known as the Four Corners region of the American Southwest were a prosperous people known for their art and architecture. But sometime in the late 1200s, they abruptly abandoned their established home for reasons long considered to be a mystery.

Now, a growing body of evidence suggests that a prolonged period of dryness known as the Great Drought is to blame, at least partially, for their exodus. A similar drying has also been linked to the collapse of ancient cities in Mesopotamia and the Mayan Empire. Researchers say that can offer clues about what’s to come.

“We can use these sort of ancient, old climates to potentially learn about something that’s relevant for today,” said Jessica Tierney, a professor at the University of Arizona who studies past climates. “We know it’s going to get hotter and drier. It’s happening already. So I think the question we have to ask ourselves is, how do we adapt to those conditions?”

According to Tierney, part of the challenge is that while there have been megadroughts and periods of high atmospheric carbon dioxide in the past, the pace of the current warming and drying is unlike anything ever experienced.

“Ecosystems, living things, don’t have time to adjust when you change CO2 as fast as we’re changing it, and the geological record tells us that humans are changing CO2 faster than anything that we know about in the last 66 million years,” she said, adding that “our entire society was built under CO2 of just a little bit under 300 parts per million.”

LAKE IN THE HILLS, Ill. — As Corrina Sac set up tables and chairs in UpRising Bakery and Cafe on Sunday morning, she said she was excited to finally be holding the family-friendly drag show that was canceled twice after ...Read More