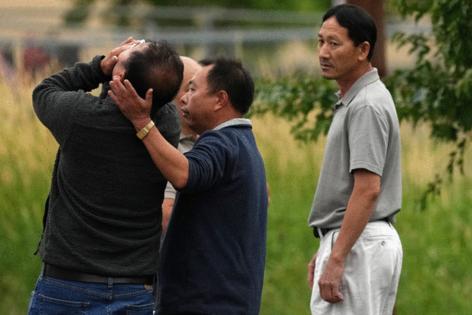 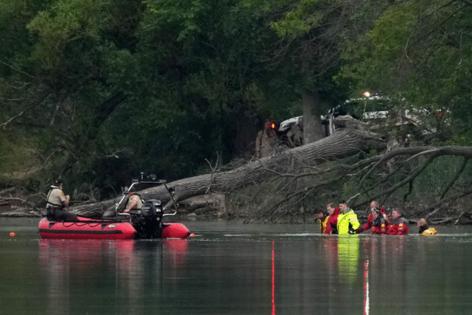 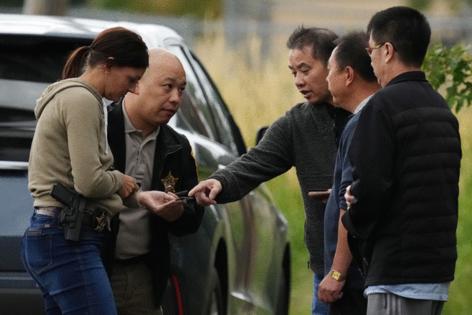 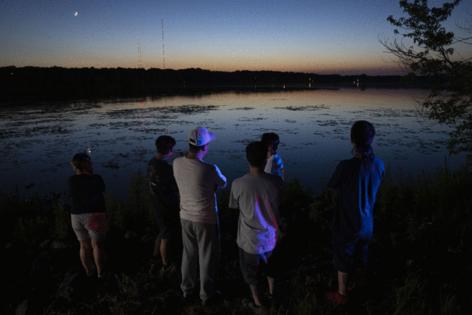 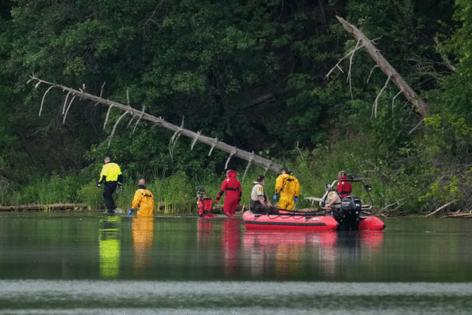 MINNEAPOLIS — A series of events that started with the report of a possible suicide in an east-metro mobile home park had by Saturday become what authorities who recovered four bodies from a Ramsey County lake were calling a triple homicide.

Along the peaceful shoreline of Vadnais Lake, the bodies of three children under the age of 6, and of their mother, were taken from the water by police and rescue workers following an exhaustive search at the Vadnais-Sucker Lake Regional Park that started Friday afternoon and stretched into Saturday morning.

Police on Saturday called the incident in Vadnais Heights a "possible triple murder-suicide," but many questions remained. They did not release the identities of those who died or their exact manners of death. They did not describe the relationship between the initial suicide on Friday morning to what followed except to say they're believed to be connected.

"Our hearts go out to the families involved here and their friends," said Ramsey County Undersheriff Mike Martin, at an on-site press briefing Saturday. "Our goal was to find the children and the mother and to return them to their families, and we're glad we were able to do that."

Authorities began searching for the woman and her children on Friday afternoon after police in Maplewood responded to a mobile home court on the report of the suicide of an adult male. That in turn led to a search by authorities for a woman, reported to also be suicidal, and her three children, two boys and a girl.

Martin said the woman's cellphone led police to the park, where they discovered her abandoned car and other items, including children's shoes, around 4 p.m. That prompted police and firefighters to set up a command post for a search-and-rescue operation on the shores of Vadnais Lake.

Although the lake is close to busy Interstate 694 off Rice Street, the setting itself is peaceful, featuring a walking and bike path, and shoreline fishing. By Saturday afternoon, police had removed rescue vehicles and boats while curious passersby stopped to snap photos with their cellphones.

The first body was found in the lake around 7:30 p.m. Friday; the search continued into the evening, until about 3 a.m., and resumed three hours later on Saturday morning. The two boys were the first pulled from the lake, then the mother, then the girl. By 11 a.m., all four had been retrieved from the water.

Martin said boats with sonar capabilities helped locate the bodies on the lake's eastern side, but the search was done visually, as well. "Basically, in the end, it's identifying possible objects of interest and sending divers in [who] physically search and locate the victims," he said.

Bradt said the search was also difficult emotionally. "I've been doing this for 30 years," he said. "This was one of the more difficult ones."

Ramsey County Sheriff Bob Fletcher called it a "likely triple homicide" on Friday night, and authorities said Saturday they continued to investigate it as a "possible triple murder-suicide." Martin said police believe the Maplewood and Vadnais Lake incidents are related. Maplewood Police did not responds to calls Saturday seeking more information on the initial Friday incident.

The bodies are now with the Ramsey County Medical Examiner's office, which declined comment on Saturday.

Though the names of the individuals involved were not released, Maplewood Police Lt. Joe Steiner said Friday night that family members had been notified. On Saturday, a group of family members and friends at the lakeside site declined comment; several performed a Hmong spiritual ceremony near where the bodies were retrieved.

On Saturday afternoon, no one answered at the Maplewood home that was the site of the first police call. A small stroller and children's toys sat just outside the door. Neighbors either declined to speak to a reporter or said they did not know the family well.

Vadnais Lake is on the west side of the Ramsey County suburb of Vadnais Heights, about 10 miles north of downtown St. Paul. By later Saturday afternoon, as skies turned sunnier, people riding bikes and pushing strollers had reoccupied the park. Along the shore where the bodies were recovered, someone laid a makeshift bouquet of flowers, some of the blooms tossed into the murky water.