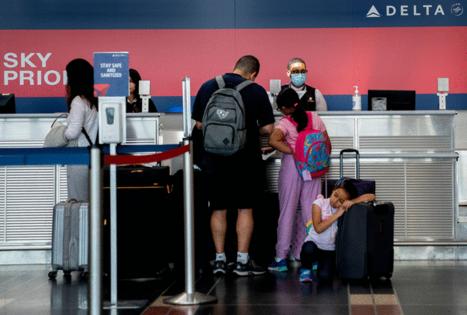 After a traveler said Delta Air Lines recently offered passengers $10,000 in cash to take a later flight after overbooking, many were shocked and started considering what their airplane seat might be worth.

Jason Aten wrote this week that he and other passengers waiting for takeoff from Grand Rapids, Michigan, to Minneapolis-St. Paul were told the flight was oversold and the airline was looking for eight volunteers willing to give up their seat for the payoff. He wrote that the flight attendant said, “If you have Apple Pay, you’ll even have the money right now.”

“I would argue that $10,000 seems like a lot, and in all of the flying I do, I’ve never seen it before,” Aten, a tech columnist, wrote on Inc.com. “Several people I spoke to who also travel a lot had never heard of it before.”

In fact, Delta announced in 2017 that it was increasing its maximum compensation for voluntary denied boarding to $9,950.

The move came after airlines came under fire for bumping passengers from flights and for the practice of overbooking that leads to bumping.

In particular, the practice of overbooking was heavily scrutinized with a notorious incident in which a doctor named David Dao was dragged off a United Airlines flight in April 2017 after refusing to give up his seat.

After the incident prompted some to call for airlines to stop overbooking, Delta CEO Ed Bastian defended the practice and said Delta has done a better job of managing overbookings.

Within days of the United dragging incident, Delta said it would increase its maximum compensation that could be offered for voluntary denied boarding from $1,350 to $9,950. United made a similar change.

The maximum federally required compensation for involuntary denied boarding is 400% of the one-way fare, up to $1,550.

But for some airlines, the benefit of avoiding bumping passengers against their will by paying those who are willing is apparently worth much more.