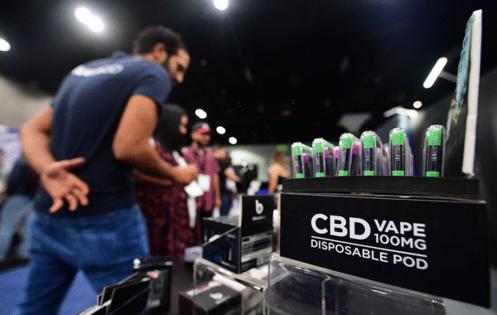 And the more serious he got about pot, the more paranoid, even psychotic, he became. He started hearing voices.

“They were going to kill him and there were people coming to eat his brain. Weird, weird stuff,” Kirkaldie said. “I woke up one morning, and no Kory anywhere. Well, it turns out, he’d been running down Villa Lane here totally naked.”

Kory went to live with his grandmother for a couple of years in Napa, California. She thought maybe she could help. Now, she says that was naive.

Kory was diagnosed with schizophrenia. Kirkaldie blames the pot.

“The drug use activated the psychosis, is what I really think,” she said.

Indeed, many scientific studies have linked marijuana use to an increased risk of developing psychiatric disorders, including schizophrenia. The risk is more than four times as great for people who use high-potency marijuana daily than for those who have never used, according to a study published in The Lancet Psychiatry in 2019. One study found eliminating marijuana use in adolescents could reduce global rates of schizophrenia by 10%.

Doctors and lawmakers in California want cannabis producers to warn consumers of this and other health risks on their packaging labels and in advertising, similar to requirements for cigarettes. They also want sellers to distribute health brochures to first-time customers outlining the risks cannabis poses to youths, drivers and those who are pregnant, especially for pot that has high concentrations of THC, the chemical primarily responsible for marijuana’s mental effects.

Californians voted to legalize recreational pot in 2016. Three years later, emergency room visits for cannabis-induced psychosis went up 54% across the state, from 682 to 1,053, according to state hospital data. For people who already have a psychotic disorder, cannabis makes things worse — leading to more ER visits, more hospitalizations and more legal troubles, said Dr. Deepak Cyril D’Souza, a psychiatry professor at Yale University School of Medicine who also serves on the physicians’ advisory board for Connecticut’s medical marijuana program.