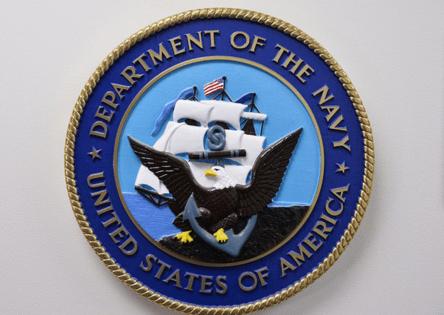 A federal jury in San Diego convicted four of five former U.S. naval officers of conspiracy, bribery and fraud on Wednesday, capping a four-month long trial and a decade-long investigation of the worst corruption scandal in the history of the Navy.

Lausman was also convicted of obstruction of justice for destroying a computer hard drive with documents and emails from his time as the commanding officer of the aircraft carrier George Washington.

The jury deadlocked and reached no verdict on charges against a fifth defendant, former Rear Adm. Bruce Loveless.

The verdict ended a lengthy trial — the only one in the sprawling prosecution — that began with opening statements on March 2. The evidence jurors were shown featured reams of documents including emails and invoices, testimony from federal agents, and testimony from other Navy officials caught in the scandal who had pleaded guilty and agreed to give evidence against others in exchange for a potentially lighter sentence.

Prosecutors laid out what is now, after nearly a decade of "Fat Leonard" indictments and more than two-dozen guilty pleas, a familiar litany: Francis — nicknamed for his girth — showered gifts of fancy meals, prostitutes, high-end hotel rooms and other perks on Navy officers from 2006 through 2014.

In return, they did his bidding, such as providing ship schedules for the Navy's Seventh Fleet and trying to steer Navy ships to ports around Southeast Asia that Francis and his company, Glenn Defense Marin Asia, controlled. Once there, he gouged the Navy on services, including fuel, supplies, sewage disposal, security, shore transportation and more.

Francis admitted to defrauding at least $35 million from the U.S. Navy.

The trial included an extraordinary, three-day-long hearing mid-trial to get to the bottom of allegations that federal prosecutors had illegally withheld information from defense lawyers. It was one of several motions that defense attorneys filed during the course of the trial contending prosecutors had committed misconduct and a mistrial should be declared.

But U.S. District Court Judge Janis Sammartino has not issued any formal rulings on the motions filed by lawyers — unusual in any trial but especially so in such a high-profile case. The most recent was filed even while the jury deliberated, arguing that the government had not disclosed that a key case agent had made inaccurate statements in a sworn arrest warrant affidavit in a strikingly similar case a year ago.