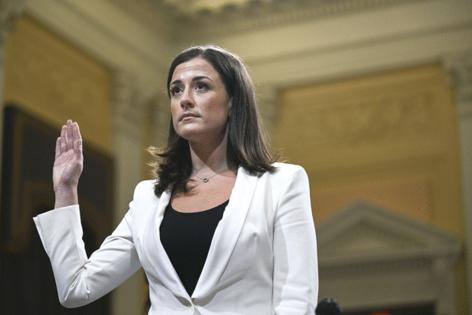 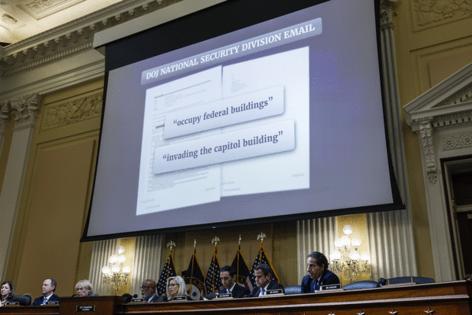 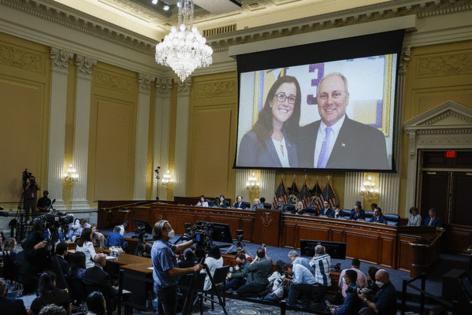 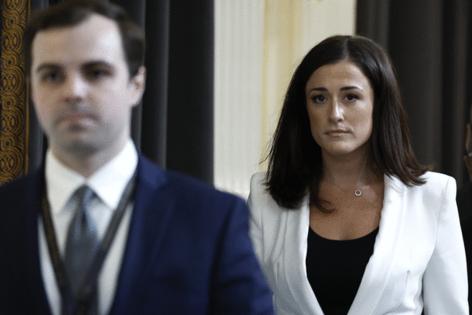 WASHINGTON — A surprise witness and new evidence is the focus of Tuesday’s unexpected hearing by the panel investigating the Jan. 6, 2021, insurrection.

The committee abruptly scheduled the hearing Monday to “present recently obtained evidence and receive witness testimony,” despite setting expectations last week that it needed time to review new information and wouldn’t meet again until mid-July. Though the committee did not confirm the witness’s name before the hearing began, several media outlets had reported by Tuesday morning that Cassidy Hutchinson, who was assistant to former President Donald Trump’s chief of staff, Mark Meadows, would provide testimony in person.

Chairman Bennie Thompson, D-Miss., said in his opening statement that the evidence presented Tuesday, including the testimony from Hutchinson, will focus on new details the committee has received on what was happening in the White House in the days leading up to Jan. 6, 2021, and Trump’s actions that day.

Hutchinson said Trump’s lawyer Rudolph W. Giuliani told her on Jan. 2, 2021, after a meeting at the White House that Trump would be going to the Capitol on Jan. 6. Hutchinson said she asked Meadows about it immediately afterward.

“He didn’t look up from his phone and said something to the effect of, ‘There’s a lot going on, Cass, but I don’t know. Things might get real, real bad on Jan. 6,’” she said.

In a video deposition, Hutchinson said she remembered hearing “Oath Keepers” and “Proud Boys” in planning around the Jan. 6 rally, particularly when Giuliani was present.

Surprise witnesses are rare at congressional hearings. The last major surprise witness was White House aide Alexander Butterfield, who in 1973 confirmed the existence of a recording system in the Oval Office during the Watergate hearings, testimony that led to Nixon’s resignation and changed U.S. history.

Hutchinson has sat for at least four depositions with the House select committee, including once within the last two weeks. As Meadows’ top aide, she was present or briefed on several key meetings at the White House leading up to Jan. 6 and was backstage while Trump gave his speech at the “Stop the Steal” rally on the Ellipse near the White House. She was also the main point of contact between Meadows and many members of Congress.

Hutchinson has been particularly forthcoming since she recently changed attorneys from Stefan Passantino, who was a White House ethics lawyer early in Trump’s tenure, to Jody Hunt, who is a longtime confidante of Jeff Sessions, Trump’s first attorney general.

Her depositions have been the source of some of the committee’s biggest revelations to date, including that Meadows was warned by the Secret Service that violence was possible Jan. 6 and that Trump cheered on rioters who chanted, “Hang Mike Pence.”

She also told the committee that Trump, Meadows and members of Congress pushed a plan to try to have state electoral slates dismissed even after the White House counsel’s office repeatedly said it was unlawful, and that Meadows burned documents in his office following a meeting with Rep. Scott Perry, R-Pa., in the weeks after the 2020 election.

Hutchinson interned in the White House in 2018 and rose to become coordinator for legislative affairs in Meadows’ office as well as his executive assistant.