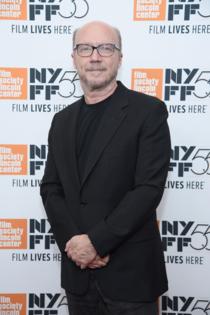 "Crash" director Paul Haggis, who's under house arrest in Italy after he was accused of assault this month, will head to New York City in the fall to begin a sexual assault trial stemming from separate allegations in a different case.

The Oscar-winning screenwriter will stand trial before Manhattan Judge Sabrina Kraus beginning Oct. 11, according to Variety. In December 2017, film publicist Haleigh Breest alleged that Haggis raped her at his New York apartment in 2013. Haggis denied the claim and sued Breest, accusing her and her attorney of trying to extort $9 million in "hush money."

In January 2018, three additional women accused Haggis of sexual misconduct in Breest's updated lawsuit. He denied those allegations. Last year, he requested a New York judge set a trial "at the earliest practical date," due to a lack of financial resources to pay for a prolonged legal battle.

Representatives for Haggis did not immediately respond Monday to The Times' request for comment.

Haggis was recently accused of additional sexual misconduct by a different woman. On June 19, he was arrested and detained in southern Italy on charges of sexual assault and aggravated personal injury after a young woman accused the filmmaker of sexual assault in a local bed-and-breakfast. Haggis was staying in the city of Otsuni for Allora Fest, where he was scheduled to give master classes.

After charges were filed, an Italian court ordered Haggis to remain in a hotel room under house arrest pending prosecutors' investigation.

Haggis made his name in Hollywood as a screenwriter and director whose work has included both films ("Million Dollar Baby, "Quantum of Solace") and TV ("Walker, Texas Ranger," "The Richie Rich/Scooby-Doo Show").